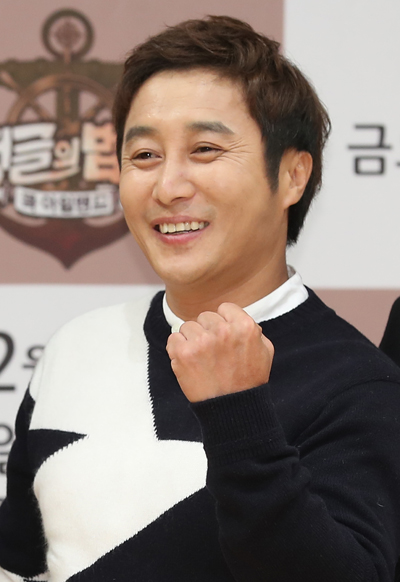 The cast of the SBS reality show, “Law of the Jungle” are set, as reported by Ilgan Sports, an affiliate of the Korea JoongAng Daily, on Thursday.

With comedian Kim Byung-man, pictured, leading the jungle exploration, the first group that will head to Chile on Jan. 2 is made up of singers Kangnam, Hong Jin-young, JR of the boy band Nu’est, Jung Chae-yeon of girl group DIA and actor Kim Seung-soo.

On the show, celebrities learn to survive in a remote destination by learning how to hunt and fish, while building their own shelters as well.

As the filming usually goes on for an extended period, the cast has been divided into two - the first group leaves as the second team arrives.

The season will begin airing in February.