Finding the best way to portray history on screen: ‘1987’ is being praised for not exaggerating the truth of recent events

Finding the best way to portray history on screen: ‘1987’ is being praised for not exaggerating the truth of recent events 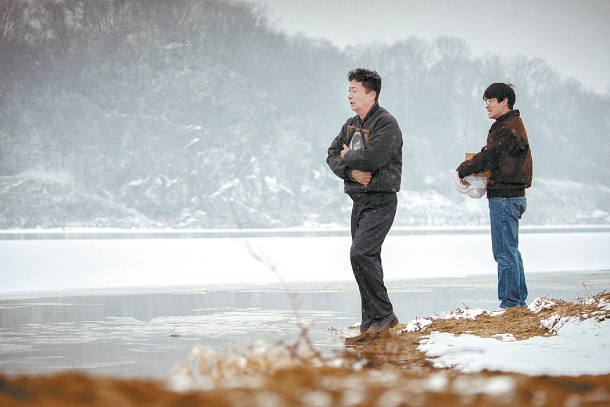 The upcoming period epic “1987: When the Day Comes” is based on a heroic real-life incident in June 1987. [CJ ENTERTAINMENT]

A number of historical movies hit theaters every year, but only a few manage to escape criticism. When it comes to portraying the past, audiences tend to have a higher standard for how the story is delivered. People’s expectations are particularly high when it comes to films that deal with relatively recent incidents, like Korea’s democratic movements - which explains the concerns that preceded last week’s press preview of “1987: When the Day Comes.”

Bucking concerns, however, the period epic takes viewers to the fateful year when Korea saw democracy at its weakest and strongest points without much exaggeration or forced sentimentality.

The year 1987 is often described in Korea as the year democracy took root. It was when the June Democratic Movement took place, which led to the end of the 26-year military rule of Park Chung Hee and Chun Doo Hwan. The film begins with the incident that sparked the democratic movement - the torture death of Park Jong-chul (Yeo Jin-goo), a student activist from Seoul National University.

“[When offered to direct], I thought of the structure that starts with the death of Park Jong-chul and ends with the death of Lee Han-yeol. Mulling over how to smoothly connect the two, I decided to connect Lee with an ordinary person struggling with an internal conflict,” said director Jang Joon-hwan during the press event held last week.

Inspired by the intense fight by reporters, college students and everyday people against the Chun regime, the movie stars Kim Yun-seok as an unscrupulous investigator, Ha Jung-woo as a dogged prosecutor who refuses to fall in line with the regime’s attempt to disguise Park’s torture death as a mere accident, Yoo Hai-jin as a prison guard who delivers messages to activists, and Kim Tae-ri as his niece who transforms from an ordinary university student to an active protester following the death of her love interest Lee Han-yeol. Her role, the only fictional character, functions as the connection between the two deceased student activists.

Considering that there are still many people who experienced and vividly remember the democratic movement, bringing the story to the big screen was a tremendous undertaking for both the director and the production team. The slight distortion of the truth between the dramatic elements and the reality of what actually happened could be enough reason for moviegoers to dismiss the film.

“If [‘1987’] was going to be a commercial film with a big budget, I thought I might as well make it wholeheartedly .?.?. Although it might not fit everyone’s taste, it was crucial for me to do my best and make it with my utmost effort,” said the director.

“[1987] is the year when everybody turned into a hero by coming out to the streets to fight [for democracy]. I wanted to deliver the purity and the passion of those people,” explained the filmmaker.

Though the story is heavy, the CJ release turns out to be a warm, resonating drama that industry insiders say is likely to go down in history as one of the best film depictions of the country’s modern history, according to film critic Kim Hyung-seok.

“Making period epics costs a lot of money, so directors often force a specific genre into the story to make it more dramatic to appeal to wider audience, as evidenced by the car-chase scene in ‘A Taxi Driver’ and the action scenes in ‘The Battleship Island.’ ‘1987,’ however, minimized unnecessary scenes and focused on details and the relationships among characters.”

The film is not completely free from criticism, and some complain that Kim Tae-ri’s character’s budding romance with Lee Han-yeol distracts from the flow of the plot.

Despite what few may find disturbing, “1987” is very meaningful in that it’s the first movie to directly confront the democracy movement and make it into a film, says movie critic Hwang Jin-mi.

“Unlike many other period epics, ‘1987’ jumps straight into the essence of the democratic movement,” said Hwang. “Director Jang Joon-hwan has been known for delivering allegorical messages through his films, but through the latest film, he proved that he can also pull off a more direct-style movie.”

The upcoming drama, rated 15 and above, is slated to hit theaters on Wednesday.