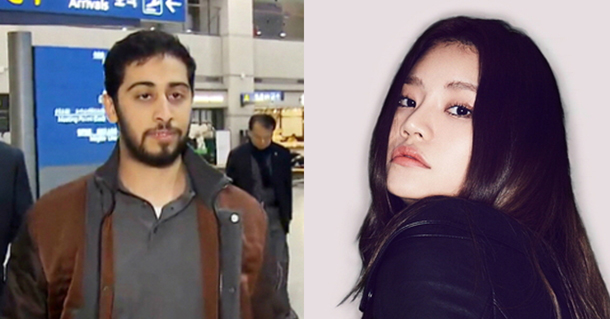 The nephew of Sheik Mansour, the deputy prime minister of the United Arab Emirates and member of the ruling family of Abu Dhabi, made a surprise visit to Korea from Tuesday to Thursday.

According to local news outlet Segye Ilbo, when asked why he was visiting, Mansour replied that he was here because of Anda, a Korean singer.

In January 2016, a rumor that the nephew of the Arab billionaire had asked the singer to marry him spread in local media. According to reports, the singer said that she had “kindly refused,” but did not deny the fact that he expressed affection towards her. The two first met at a party in Hong Kong in 2015.

Anda’s agency, Esteem, made a statement on Friday afternoon that the singer did not know of the rumor and that she does not know him. Anda also posted a short message on her Instagram account in the afternoon saying that she “doesn’t know.”