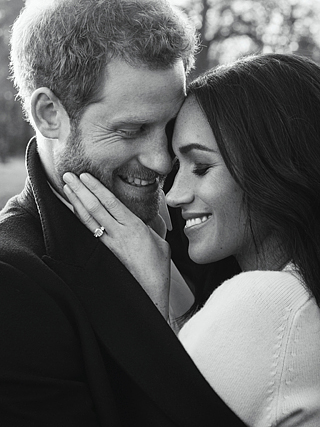 One of the photos is an intimate black-and-white portrait of the couple embracing, while the other is a more formal picture of the two sitting together holding hands. Both show off Markle’s engagement ring.

The photographs were taken by fashion and celebrity photographer Alexi Lubomirski earlier this week on the grounds of Frogmore House, a royal-owned country house in Windsor. Lubomirski said in a statement: “I cannot help but smile when I look at the photos that we took of them, such was their happiness together.”

The couple, who announced their engagement last month, will be married on May 19 at Windsor Castle’s St. George’s Chapel. AP