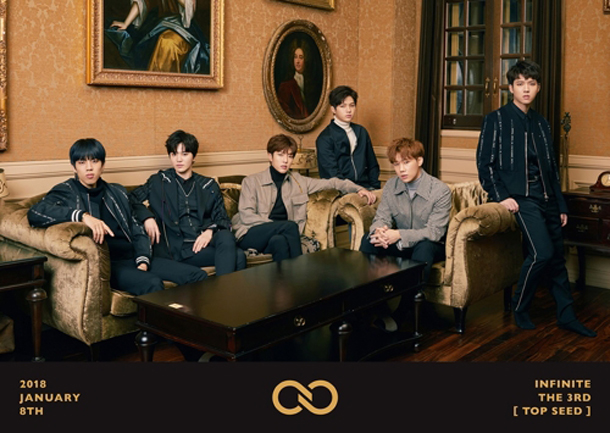 “Top Seed,” due Jan. 8, will be its first full-length album since the group was reorganized into a six-member unit following the departure of former member Hoya, Woolim Entertainment said.

Debuting in 2010 as a seven-member group, Infinite grew to be one of the most popular K-pop groups with hit songs such as “Be Mine,” “The Chaser,” “Man In Love” and “The Eye.” After their exclusive management contract with Woolim expired in June, the six members - Sungkyu, Dongwoo, Woohyun, Sungyeol, L and Sungjong - renewed their contract.