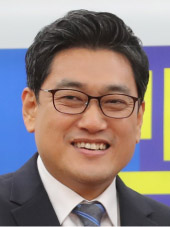 The minor opposition Bareun Party on Friday picked two-term lawmaker Oh Shin-hwan as its new floor leader, as it struggles to overcome the aftermath of last month’s mass defections and seeks a merger with a larger party.

“The Bareun Party has set itself onto a path towards establishing a new political force,” Oh said during a general meeting of the party’s 11 lawmakers. “I will do my best to make a just party that stands firmly against injustice.”

Last month, nine party lawmakers defected to the LKP, joining the drive to unite the divided conservative bloc ahead of next year’s local elections seen as a referendum on President Moon Jae-in’s first year in office. Their defections stripped the Bareun Party of its status as a parliamentary negotiating bloc, which requires at least 20 lawmakers of the 299-member National Assembly.

The minor party is currently seeking to merge with the center-left People’s Party to bolster their parliamentary foothold and better counterbalance the ruling Democratic Party and LKP that together hold 237 seats of the unicameral legislature.