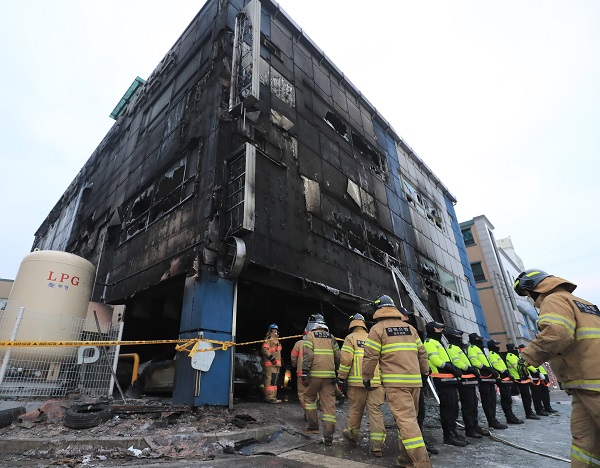 A total of 29 people are now dead after a blaze engulfed the multistory fitness center in the North Chungcheong city of Jecheon on Thursday, the local fire department said on Friday morning.

Of them, 23 were women, 20 of whom were found dead in the sauna facility on the second floor of the building. Authorities said most of them appear to have suffocated.

An additional 29 people were injured, said the fire department.

The fire began on the first floor of the building around 3:50 p.m. Thursday. Firefighters got to the scene in seven minutes but could not rescue anyone for the next 30 minutes, in which time a private tiller truck arrived got to the scene and saved three people from the rooftop.

Some relatives of the victims have told media that they could reach their relatives by phone, and that they were stuck inside the building for at least an hour after the fire began. They are questioning whether authorities responded efficiently to the disaster.

The fire was put out around 10 p.m. President Moon Jae-in visiting the site today.