Dan Brown explores the origins of humanity : The author’s latest novel challenges religious explanations of the beginning and the end of the world as we know it

Dan Brown explores the origins of humanity : The author’s latest novel challenges religious explanations of the beginning and the end of the world as we know it 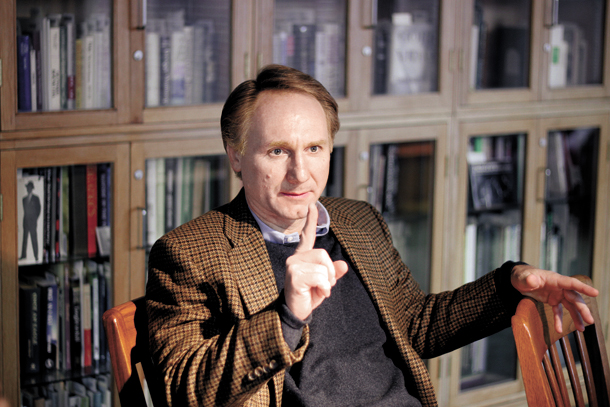 American writer Dan Brown has done it again. His new novel “Origin” puts Harvard professor Robert Langdon on his fifth adventure to find out where humanity began and to discover its destiny.

When one approaches these questions from a scientific perspective, it is difficult to avoid questioning religion. From “Angels & Demons” (2000) which depicts the Illuminati, a secret society that opposes religious influence and the Church’s “inaccurate” teachings to “The Da Vinci Code” (2003) which created suspicions over Jesus Christ’s marriage, “Origin” is another story that has the writer going against religion.

What is Brown’s message in his new book? The JoongAng Ilbo, an affiliate of the Korea JoongAng Daily, interviewed the author over email about his latest work. The following are edited excerpts. 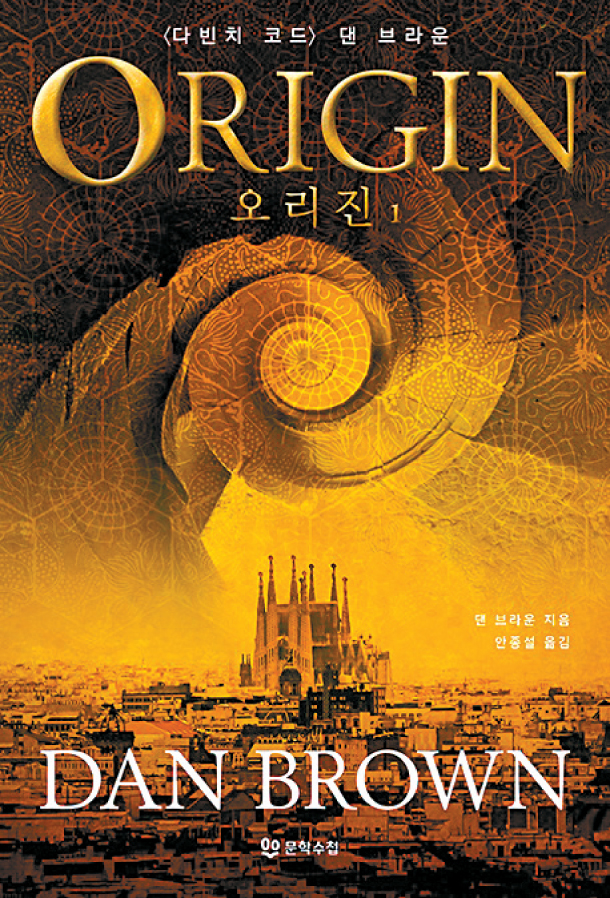 Q. Your new book ‘Origin’ ranks second on Amazon at the moment. Did you expect that it would be such a hit?

A. The honest answer is that I always hoped for it at some level. You expect it because you had success in the past. But there’s never any guarantee in writing and I was very excited about this book when I was finished. I am very happy to see that readers are having the same experience.

This time, again, you seem to pit yourself against established religion by trying to debunk the myths of religion. Can I ask why you are so consistent in questioning religion? Is it because you are scientific, or is it because you believe there are negative aspects of religion in everyday life? You are religious, right?

I grew up in a very complicated household. My mother was a religious person, a church organist, and my father was a professor of mathematics. So I grew up in a world of science and religion. I think this questioning of religion is something that is very old in my life. It sort of happened when I was 10 years old and the stories that religion told me started to not make so much sense to me. I started to really have trouble with some of the claims of religion. The further I went into science, I started to realize that religion and science are trying to answer the same questions and the deeper you get into science the more religious the questions get. So the constant questioning of religion is really just my own desire to understand it better, and why an intellectual mind can believe things - or needs to believe things - that rationally we can show are not the case. So it’s more of a psychological question than a spiritual one.

How satisfied are you with the new book compared to previous ones?

I’m very, very happy with “Origin.” I really had a great time writing it and it sounds like people are having a good time reading it. It seems like it’s a culmination of all the Robert Langdon books I’ve written.

What is the most significant message of the new book?

I think it really comes down to the question, “Will God survive science?” Historically our gods have not survived science. The gods of the Ancient Greeks and Romans that used to describe the natural world, you know, Zeus would throw lightning bolts - or rather, it was Thor who sent the lightning bolts. We’ve now understood the science of lightning and Thor is no longer a god that we believe in.

This is a historical trend so I think the fundamental message of the book is really, “Will God survive science? Will the human species evolve past our need for a god?”

What are your thoughts about the choice between evolution and creation regarding the origins of humankind? Do you support evolution or creation?

I definitely support evolution. I think that the notion of creation as it’s told in the Bible in Genesis is a beautiful story. It is a fable that attempts to describe where we come from. It’s a morality tale we can learn from, but it’s certainly not scientific. I do not believe that two fully formed human-beings materialized in a magical garden and went on to populate the entire planet, including all the different ethnicities, and [there were] no problems with in-breeding; that just doesn’t make sense to me. But it is a beautiful tale.

What do you think is the destiny of humankind? Will it be devoured by predatory technology in the near future, like it is in the book?

Here’s the thing. The human species has never created a technology we have not weaponized. So I am not so naive to think that artificial technology, for instance, will not have evil uses, but I think what you’re asking is whether artificial intelligence will become so powerful that it’ll become a predator. Will artificial intelligence decide that we don’t need to exist and therefore begin hunting us? I do think that that’s something that we need to be very, very aware of as we develop AI technology. But I most certainly do not envision a “Terminator” future. If there comes a time when AI decides to take over the planet, it’s not going to build robots to hunt us with guns, it will just re-divert our water supply or stop working for us the way we’ve trained it to, and we would not live long if computers decided they didn’t want to help us, certainly.

Your new book is a mixture of new scientific findings and liberal arts such as arts, history, architecture and more, is that right?

Yes, without a doubt that is what I try to do with these books. I try to create a world that’s fun to move through; it’s a thriller that’s enjoyable to read and keeps you turning pages. But it’s set in this world of art and history and architecture and science in such a way that you can’t help but learn something, or at least end up more intellectually curious when you get to the end of the book. The greatest compliment I can be paid is when somebody says, “Oh, I read your book and then I went out and read 10 other books.” I always love to hear that.

From the acknowledgment at the end of the book, researching and writing a new book seems like a project that needs the cooperation of many people. If so, writing is not an individual and lonely job relying on the act of literary inspiration anymore, is it?

Writing a book like this involves many, many people. For me, the writing process always begins with reading. I read a lot about the topics I’m going to write about, such that I at least have enough information to ask the right questions. And then I go find all the specialists to discuss the topics with, whether they’re art historians, curators or religious scholars or scientists. That’s really where the bulk of the information comes from. That’s why the acknowledgements are so long.

Were the Spanish king and Catholic bishop in a relationship?

Yes, they certainly are. It’s done very quietly and respectfully. It’s also done as a way to say that tolerance of different mindsets is important and in many ways this book is about tolerance. It’s about this idea of religious tolerance saying, “Hey, look, you know there are atheists in the world who are also philanthropists and compassionate people. We need to tolerate the fact that they don’t believe in God in the same way the atheists need to tolerate that there are people who do believe in God. We, as a species, need to accept that there are people of different sexual orientations and not make such a big deal of it.”

While writing, do you have a movie version of the book in mind?

I don’t. I have always written in this sort of short-scene style. Even if you look back at ‘Digital Fortress’ long ago, the movies are cinematic because that’s the way I think. And I picture Robert Langdon the way I’ve always pictured him.

You seemed to have spent four years to research and write the book. Why does it take so long?

Well, there’s a lot of research. This book took almost two years to research and two years to write. I don’t get it right the first time. I’m very, very strict about having an outline that works before I start. I write the end of the book first such that I know where I’m headed. It’s just a very long process and I write seven days a week, 365 days a year. Even on Christmas morning, I’m at my desk at 4 o’clock. So it’s not a lack of effort; it’s just that I throw out a lot of pages. For every one page you’ve read in “Origin,” I’ve written 10 that I decided didn’t quite work. So, that’s why it takes so long.

What would you say to speculation about the decline of literature?

I actually don’t think literature is on the decline. Storytelling has always been around, it’s the oldest art form and we’re telling stories in different ways now. Certainly, the medium of television and movies has changed the way a lot of people hear the stories, and people are becoming more and more visual. But I think you can also argue that with the advent of technology and digital publishing, there are people all over the world who are now receiving text and books and literature in ways that they couldn’t in the past.

Have you ever visited Seoul before?

I was actually in Seoul. I was in a men’s singing group in 1983 in college, we came to Seoul, Korea and gave a concert. I’m trying to remember where we gave the concert, but I can’t quite remember - I should look that up. But, I would love someday to come back.