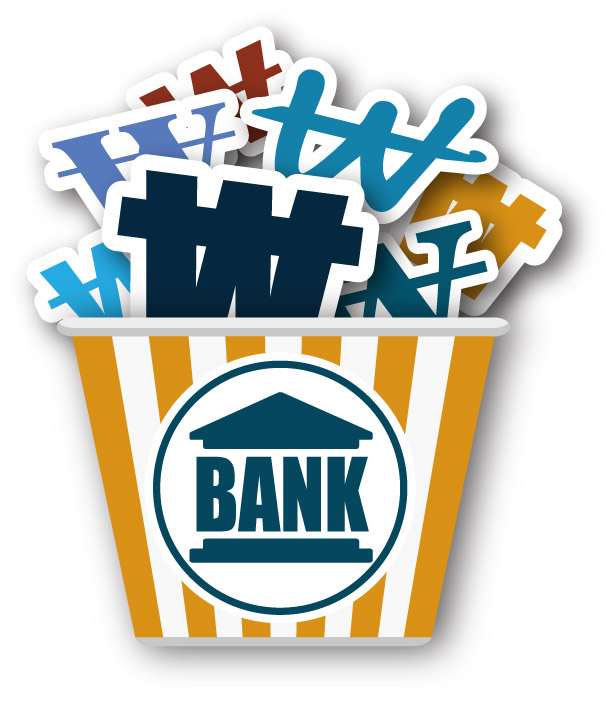 When the historical drama “A Taxi Driver” became the year’s most-watched Korean movie, the financier grinning behind the scenes was Woori Bank.

The bank invested in the blockbuster hit through a fund created with Company K Partners in March. The film came out in August to rave reviews and even became Korea’s choice for an Academy Award nomination in the foreign film category.

The financing model of “A Taxi Driver” reflects the growing trend of financial institutions placing their money in the film industry in a country that boasts the world’s sixth-largest gross box office revenue and a high proportion of domestic productions. Facing a mature retail market and lack of high-return investments, banks are dipping their hands into cultural content as part of efforts to diversify their revenue streams.

The Battleship Island, The Fortress, Veteran

The Industrial Bank of Korea is taking the lead in terms of funding and resources committed to television drama and film production.

The state-owned lender announced a plan to inject 1.2 trillion won ($1.1 billion) in loans and investment into movies and dramas through 2019. Given that the bank provided a combined 529.6 billion won in financing between 2011 and 2013, the announcement is bold.

“The planned size will likely increase when we announce a new plan in the coming weeks because we’ve already exceeded the annual allocation this year,” said Jeong Seong-won, deputy manager at the Industrial Bank of Korea.

The decision came as some of its directly-invested movies have delivered handsome returns. Among them are “A Violent Prosecutor,” “The Face Reader,” “Roaring Currents” and “Ode to My Father,” which have all starred recognizable names in the Korean film industry. A comedy called “Luck Key” generated the highest return last year, 192.5 percent, for the bank, according to Jeong.

The Industrial Bank of Korea is also the only local bank with a dedicated division for film financing.

A source in the banking industry said that the bank’s status as a public institution made it easier to set aside a larger amount of funding for cultural content.

“About 90 percent of funding that goes toward film and drama production is provided by the government as policy lending,” the source said, “and only around 10 percent is from the Industrial Bank of Korea.”

Peers like Woori Bank and Shinhan Bank are following suit, though not nearly as aggressively as IBK.

Woori Bank created a 12 billion won fund with Company K Partners, a Seoul-based investment firm specializing in cultural production investment. The fund has financed 17 movies this year including “A Taxi Driver” and “Memoir of a Murderer.”

Woori Bank said in March that it would aim to invest 60 billion won through 2021 in 100 domestic films.

Shinhan Bank has also tiptoed into the segment, adding movies in its investment portfolio. The country’s second-largest bank also joined a 7 billion won fund for films. Movies include “Because I Love You,” “The King” and “The Battleship Island.”

The high-risk, high-return nature of film investment prompted other banks to tread a more cautious approach. KB Kookmin Bank, the country’s largest bank, for instance, is keeping its distance.

“We don’t have any plan to make investments in movies in the near future,” a spokesperson at the bank said, “but our investment team keeps exploring the possibility.”

One of the reasons for the caution is the high risk nature of the investment, even if a film stars big names. Two years ago, the Industrial Bank of Korea invested 300 million won into a romantic thriller “Perfect Proposal” but only recouped 56 million won, resulting in an 81.3 percent loss.

The bank experienced more than a 70 percent loss on other movies like “A Man and a Woman” and “One Line.”

Even when the bank experiences a profit, it’s generally not very high. The average return on film investment at the bank stood at 15.1 percent and drama investment at 3.3 percent between February 2014 and November 2015, Rep. Jeon Hae-cheol of the Democratic Party revealed during a legislative hearing in October.