‘Along with the Gods’ dominates opening weekend

‘Along with the Gods’ dominates opening weekend 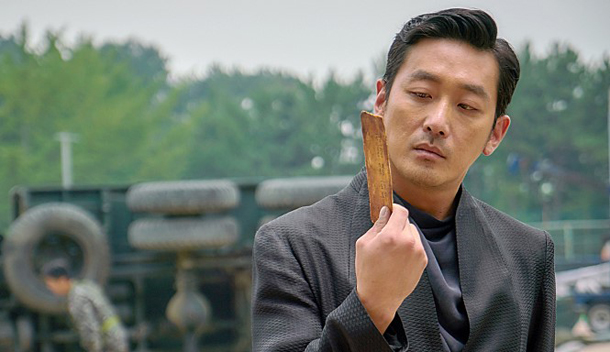 Actor Ha Jung-woo stars in “Along with the Gods,” which is based on a famous webtoon of the same title by Joo Ho-min. [LOTTE ENTERTAINMENT]

Figures from the Korean Film Council (Kofic) showed that “Along with the Gods: The Two Worlds” and “Steel Rain” each broke through the figure over the weekend.

“Along with the Gods,” which opened last Wednesday, took the top position in the Dec. 22-24 Korean box office, attracting 2.7 million viewers in three days. Its total viewership reached 3.55 million viewers on Sunday. It’s expected to join a rare company of films that have sold more than a million tickets in one day.

“Steel Rain” has been in theaters since Dec. 14 and drew some 779,000 viewers over the weekend, reaching over 3.13 million in its total viewership.

“Along with the Gods” is the first installment of a two-part series based on a famous webtoon of the same title by Joo Ho-min. It follows a man who is judged in seven hells for 49 days after death, guided by three grim reapers. It was directed by Kim Yong-hwa of “200 Pound Beauty,” “Mr. Go” and “Take Off” and stars Ha Jung-woo, Ju Ji-hoon and Kim Hyang-gi.

“Steel Rain” stars Jung Woo-sung as a North Korean agent on a covert mission to eliminate military leaders plotting a coup. He witnesses an assassination attempt on the North’s “No. 1” that leaves the Korean Peninsula on the brink of a nuclear war. The film was written and directed by Yang Woo-seok, who helmed the 2015 hit courtroom drama “The Attorney.”