‘Star Wars’ continues to rule over the movie galaxy

‘Star Wars’ continues to rule over the movie galaxy 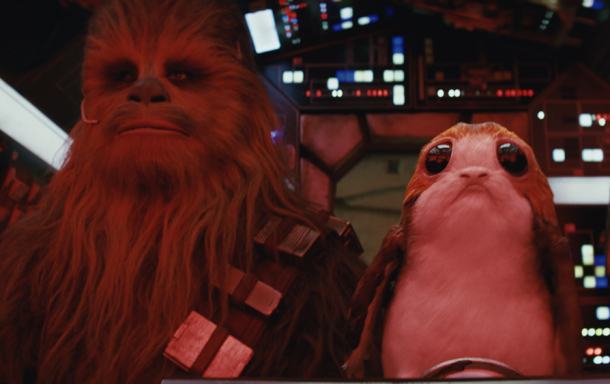 Chewbacca, left, and a Porg in a scene from “Star Wars: The Last Jedi.” [AP/YONHAP]

LOS ANGELES - “Star Wars: The Last Jedi” is continuing its dominance over the movie galaxy as expected, outpacing three new releases. The eighth installment in the Disney-owned space saga is expected to add another nearly $69 million to its coffers over the weekend, according to studio estimates Sunday.

The three new releases collectively earned less than “The Last Jedi” since opening on Friday.

“It’s an overwhelming array of options at the movie theater, which could prove daunting to most moviegoers,” said box office analyst Paul Dergarabedian of comScore. “But you’d have to be a Scrooge not to find a movie you like in this marketplace.”

Sony’s president of distribution, Adrian Smith, said he was “absolutely pleased” with the performance of “Jumanji” so far.

“It’s above our expectations,” he said. “We have incredible momentum as we head into one of the biggest movie-going weeks of the year.”

Dergarabedian said the period between Christmas and New Year’s Day is traditionally among the busiest times at the Cineplex. Families are together and theaters are brimming with blockbusters and awards-season hopefuls. Two celebrated films, “Darkest Hour” and “The Shape of Water,” expanded to hundreds more screens this weekend.