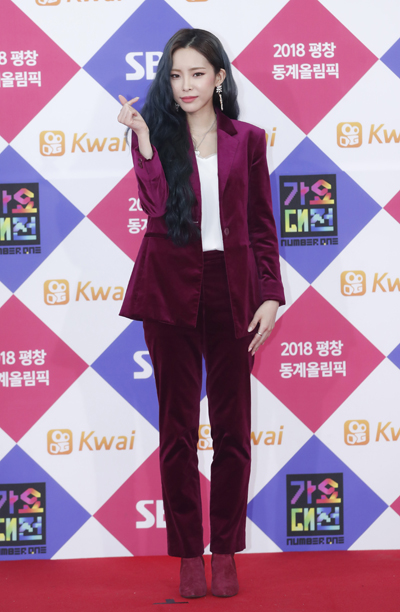 Singer Heize was hospitalized Tuesday due to deteriorating health, a source said.

The source told Yonhap News Agency in a phone conversation that the entertainer was suffering from a high fever and a headache after appearing on SBS’s Gayo Festival on Monday.

Early Tuesday, she visited a hospital for a check-up, where she was told she had developed a very bad cold or acute viral rhinopharyngitis.

The singer-songwriter had an intense schedule this month. She performed at the Mnet Asian Music Awards (MAMA) and the Melon Music Awards.

Gaon will recognize USBs in 2018

The Gaon Chart will start counting USBs containing songs as albums next year to adapt to the fast changing music industry, the chart operator said Tuesday.

The Korea Music Content Industry Association said it will change its policy for the Gaon Chart to expand the scope of “a music album” from the previously “ physical object that contains music” to “a product sold in a package.”

Under the new policy that will come into force Jan. 1, G-Dragon’s controversial USB album “Kwon Ji Yong” will also be recognized as an album.

The move came after the association drew strong protest from the Big Bang leader by excluding his new album release on USB from the chart in June. The association defined USBs simply as a “downloading device,” not as an “album” defined in the copyright law.

“We took the measure to adapt to the fast changing media environment,” the chart authority said. “We expect it will serve as a chance to prompt the release of music products made in various formats.”