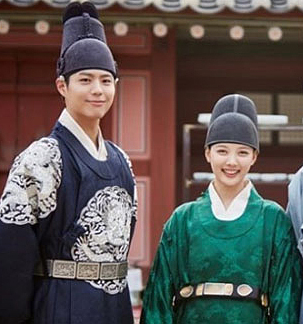 Actors Park Bo-gum, pictured left, and Kim Yoo-jung, right, from KBS2 drama “Love in the Moonlight” will present the Grand Prize winner at 2017 KBS Drama Awards, which will be held on Dec. 31.

The drama was loved by audiences and the two received the Best Couple Award at the 2016 KBS Drama Awards. Park received the Grand Prize and Kim received the Excellence Award for mid-length drama.

It has been seven months since they have appeared on stage together at the Baeksang Arts Awards in May.

“We’re thankful that Park and Kim agreed to be presenters amid their busy schedules,” said the KBS Drama Awards on Tuesday.