Lessons from the Kono Statement

Lessons from the Kono Statement 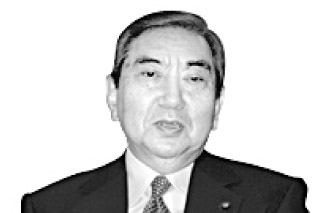 After the Shinzo Abe administration announced the results of its re-examination of the 1993 Kono Statement on June 20, 2014, reporters at the press room of the Ministry of Foreign Affairs in Seoul were embarrassed. Some even said, “Is it O.K. for Tokyo to make all of them public?”

The reason that the Abe government revisited the Kono Statement after 21 years was obvious. Japan did not want to accept the statement from the past administration, which first admitted to Tokyo’s forced recruitment of sex slaves for the Japanese Army during World War II. Despite concerns about Abe’s push, he pressed ahead with it in the face of Japanese rightists’ growing calls for the re-examination.

A team of five — mostly lawyers and journalists — came to the conclusion that they could not confirm the forced recruitment of sex slaves by the Tokyo government, adding that the statement is a product of political negotiations between Seoul and Tokyo.

At the time, our Foreign Ministry expressed regret over the results of Tokyo’s re-examination of the Kono Statement. Seoul’s statement included an attack for Tokyo’s one-sided exposure of the agreement after arbitrarily choosing what to pick from it. Seoul also pointed out that Japan’s re-examination not only violated diplomatic protocol and courtesy, but also hurt both countries’ mutual trust.

The National Assembly joined the chorus. Following its Foreign Affairs and Unification Committee’s adoption of a resolution criticizing the Abe government’s re-examination of the Kono Statement, lawmakers overwhelmingly passed a resolution in a plenary session to denounce it.

Also, 18 members of the U.S. House of Representatives sent a letter of complaint to Tokyo. All this ultimately led to a worsening of Seoul-Tokyo ties.

But the Abe administration still adhered to the position that it inherited the Kono Statement. It is preposterous for him to respect the statement even after defaming it.

Until recently, sincerity was hardly visible in the Abe government’s repeated denials of Japan’s forced recruitment of sex slaves. Nevertheless, the Kono Statement is still respected as Tokyo’s official attitude, even in Japan.

The head of the Moon Jae-in administration’s task force on the re-examination of the 2015 agreement between Seoul and Tokyo said he would refer to Tokyo’s revisiting of the Kono Statement.

Whatever conclusion the task force has reached, another storm will inevitably come up at home and abroad. What recipe will the government present after seeing the results?