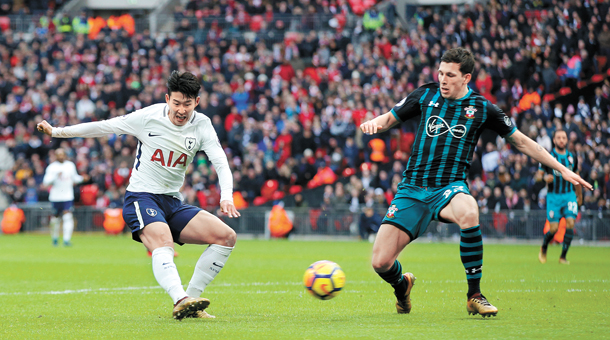 Son scored in the 51st minute after receiving a through ball from Dele Alli. It was Son’s sixth Premier League goal and ninth goal, including three goals scored in UEFA Champions League matches, this season.

It was the first time since Hotspur’s match against AFC Bournemouth in April where Son had three attack points in a match. During the match, Hotspur’s Harry Kane performed a hat trick, scoring his 39th goal in 2017 and exceeding the previous record of 36 goals in a single Premier League season set by Alan Shearer in 1995. [AP/YONHAP]