The Korea Professional Golfers’ Association (KPGA) unveiled its 2018 schedule on Wednesday. Though the number of tournaments was reduced to 17, the Tour will have a record prize of 14.1 billion won ($13.1 million). 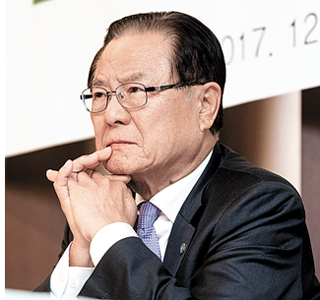 However, the Caido Golf Tour Championship will still be played regardless of the schedule of the other three tournaments. When the KPGA Tour first introduced the Caido Series, they agreed to host the tournaments for two years. However, the Series ended only after a year due to financial issues. While the prize money for the seven Caido Series has been distributed, the prize money for the season finale, which ended on Nov. 5, has not yet been distributed.

The Tee-up & G-Swing Mega Open presented by Dream Park Country Club, Eugene Group/All For You Jeonnam Open and Jinju Savings Bank Caido Men’s Open have been removed from the 2018 schedule. Instead, the KB Finance Champions Cup, KPGA Invitational and Celebrity Pro-Am have been added. The Jeju Open, Jeonbuk Open and Busan Open will be played as individual events starting in 2018. The average purse of the three new tournaments is 670 million won.

Of the newly added tournaments, the Celebrity Pro-Am received the most attention. The KPGA said the tournament will be played in a similar format as the PGA Tour’s AT&T Pebble Beach Pro-Am, where a professional is paired with an amateur player. The KPGA Tour’s Pro-Am will be organized under the theme of “Korean Tour’s festivity,” and “a sharing event through golf.”

“Just like last year, we unveiled our season for the following year before the end of the year,” said Yang. “This will help the players tune up their schedules, and we can get a head start in preparing for the next season. We’ll finalize our agreement with the few tournaments that are still in the negotiation process and start preparing for the events.”

The 2018 Korea Tour will start on April 19 with the Dongbu Insurance Promy Open at Montvert Country Club in Pocheon, Gyeonggi.