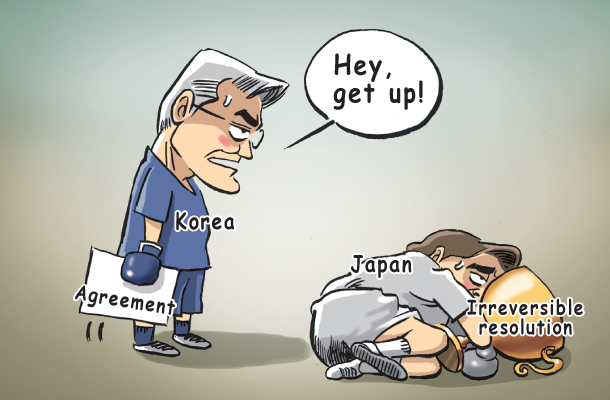 Announcing the results of its reexamination of the 2015 agreement between the Park Geun-hye administration and Japan’s Shinzo Abe government, a task force of the Moon Jae-in administration has raised suspicion over the dramatic change of “an irreversible apology” into “irreversible resolution” of the sex slave issue.