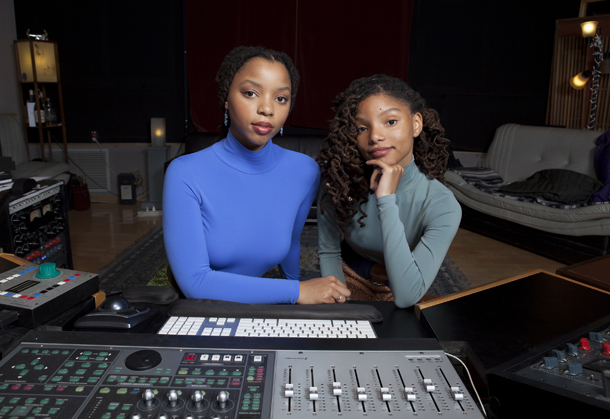 NEW YORK - When the duo Chloe x Halle, made up of sisters Chloe and Halle Bailey, accepted an award on behalf of Beyonce, who had just given birth, at the 2017 BET Awards, they not only honored their mentor, they landed a gig on the upcoming TV show, “grown-ish.”

The sisters said Kenya Barris, the executive producer of the hit ABC series “black-ish” and its spinoff “grown-ish,” saw the singers at the awards show with actress Yara Shahidi - who stars in both of his shows - and he knew there was something special about the trio.

“He just said he knew in that moment he wanted us to be a part of the show because we all looked so great together,” Halle, 17, said in an interview this week. “We just feel so blessed that we get to be a part of this.”

“Grown-ish” follows Shahidi’s “black-ish” character Zoey, the popular and socially active 17-year-old, as she heads to college, where she meets her classmates, played by the Baileys.

“Working with Yara is just a dream,” said Halle. “We would always hang out, go get our nails done, go to lunch. We just really connected to her. She feels like another sister to us.”

Chloe x Halle signed to Beyonce’s Parkwood Entertainment after the singer caught wind of their cover of “Pretty Hurts,” the pop star’s emotional song about insecurities. They had become popular on YouTube for their re-workings of songs, and they also write and produce their own original music.

They said getting to work on “grown-ish” is special because they’ve also created music for the series. They wrote and perform its theme song, “Grown,” released Friday. They said they listened to their favorite TV show theme songs to get into the right head space.

“Being in this stage in our lives where we’re in this grownish stage - we’re kind of grown, we’re kind of not .?.?. all we really had to do was story-tell and share that piece of personal information, and find that inside of us and articulate that properly through the music,” said 19-year-old Chloe.

Another song for the show they created, “The Kids Are Alright,” will be released the day the show premieres. And they say more of their songs will debut on the show throughout the season.