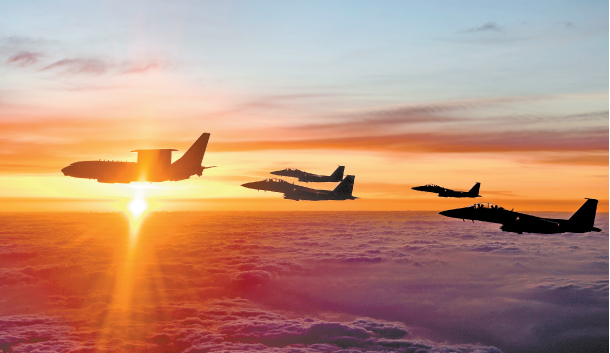 Korea’s Joint Chiefs of Staff released photos on Sunday from Gen. Jeong Kyeong-doo’s 70-minute flight over the peninsula on an E-737 Peace Eye airborne early warning and control aircraft on Saturday. Jeong, chairman of the Joint Chiefs of Staff, spoke with commanders from major Army, Air Force, Navy and Marine Corps combat units by radio and received a briefing on the military’s preparations for the 2018 PyeongChang Winter Olympics. [YONHAP]