G-Dragon, Lee Ju-yeon appear to be together

G-Dragon, Lee Ju-yeon appear to be together 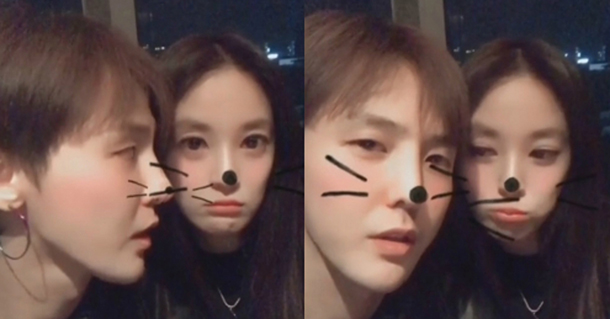 It’s a new year, and a time for new love. According to local media outlet Dispatch, one of the first celebrity couples of 2018 is G-Dragon (real name Kwon Ji-yong), a member of the boy band Big Bang, and actress Lee Ju-yeon, a former member of girl group After School.

Dating rumors have swirled since late October, when a short clip, picture above, of the two making funny faces together was posted on the internet. Fans went on to investigate the pair’s social media accounts and compared some of photos they had posted. They found that many of the photos were taken in the same places, albeit posted on different dates.

Dispatch, a news outlet specializing in uncovering celebrity relationships, has followed and taken photographs of Kwon driving his car to Lee’s house in Gyeonggi as well as Lee driving her car to Kwon’s house in Seoul.

On Nov. 15, Dispatch caught the two arriving at Gimpo Airport two hours apart, Kwon at 4 p.m. and Lee at 6 p.m. The two were later spotted at Kwon’s villa in Seogwipo on Jeju, where they spent four days together.

YG Entertainment and Better Entertainment, the stars’ agencies, have kept their silence as of Monday, when the news broke.