Pulmuone’s new CEO is a break from tradition

Pulmuone’s new CEO is a break from tradition 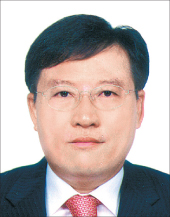 Leading food manufacturer Pulmuone welcomed its new CEO Lee Hyo-yul on Monday, setting it apart from other major Korean companies, as Lee is in no way related to founder and former CEO Nam Seung-woo.

Pulmuone announced Monday that Lee has taken over as the company’s new CEO, putting an end to 33-years of management by owner Nam.

“Among listed companies in Korea, there hasn’t been cases where the company handed over the management rights to a professional business person other than family members except for very few cases like Yuhan Corporation,” said the company in a release Monday.

Nam has run the manufacturer since it was founded in 1984, developing a small grocery shop with 10 workers into the nation’s leading food conglomerate with over 10,000 employees and an annual revenue of 2 trillion won ($1.88 billion). It has 23 affiliates.

Nam planned to hand over the company’s management to an external expert when he turns 65 instead of passing control down to a family member.

Lee was appointed to be CEO in February 2016 and has been receiving management training ever since.

Lee has been with Pulmuone since 1983, even before the company became a legitimate corporation. For the past 34 years, Lee has served in various positions ranging from the company’s marketing team manager, COO of one of affiliate Pulmuone Foods and most recently as the affiliate’s CEO.

The 61-year-old built the groundwork for the company in its early years, putting well-known products like packaged tofu and bean sprouts on major retailers’ shelves during the mid-1980s.