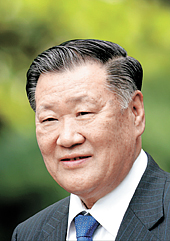 Korea’s biggest automaker announced its sales goal for 2018 on Tuesday, set at 4.67 million for Hyundai Motor and 2.87 million for Kia Motors. This is 8.4 percent less than last year’s goal and the first time since 2014 that the sales target is below 8 million.

“Hyundai Motor will have to pre-emptively respond to external economic factors and lead the future car industry amid intensifying competition,” said Hyundai Motor Chairman Chung Mong-koo on Tuesday in his New Year’s message.

“We will expand global sales by fortifying competitiveness in China and United States and also pioneer new markets such as Asean countries,” he added.

Hyundai Motor Group sold 7.25 million vehicles in 2017 according to the automaker’s sales report Tuesday. The sales target for 2017 was 8.25 million.

The low target is expected to be a result of the fall in sales in China, the world’s biggest auto market, last year.

Although the different business environment due to the geopolitical conflict between the two countries is expected to ease, local rivals are quickly surpassing Hyundai Motor in China.

Hyundai Motor also announced a new plan for 2018 in order to jump over the many hurdles it faces.

It announced its plan to launch 12 new models this year, three more than last year’s nine.

The SUV lineup will get special attention. A fully overhauled model of its flagship midsize SUV Santa Fe is set to launch in the first quarter.

Strategic models will also boost global sales. Kia Motors’ C’eed will target European market and Hyundai Motor’s next generation Eon will target the Indian market, according to the automaker.