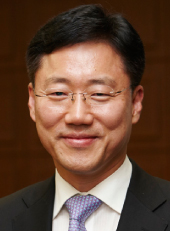 Ryu Kwon-ha, executive editor and chief operating officer of the Korea JoongAng Daily, was elected the third president of the Foreign Language Newspapers Association of Korea (Flnak) on Tuesday.

The association, which was launched in 2015 with the aim of strengthening the foothold of Korea’s foreign language newspapers in the fast-evolving media industry, comprises the Korea JoongAng Daily, the Korea Times, the Korea Herald and the Chinese version of the Aju Business Daily.