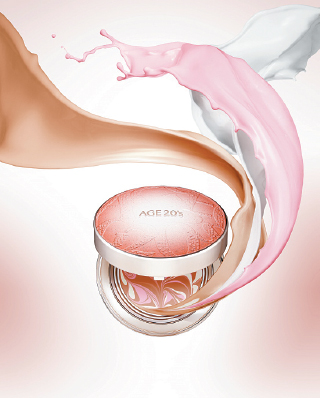 A foundation by Aekyung Group made over 139 billion won ($130 million) in sales last year, up from 126 billion won a year earlier, the cosmetics company said Wednesday.

The Essence Cover Pact under the cosmetics brand Age 20’s was especially popular on home shopping networks. According to Aekyung, the product appeared 138 times on local home shopping channels in 2017, and every appearance raised sales by approximately 1 billion won.

As a result, the product was one of the 10 best-sellers of the year on multiple channels.

The foundation quickly gained a following among cosmetics users after its release in 2012.