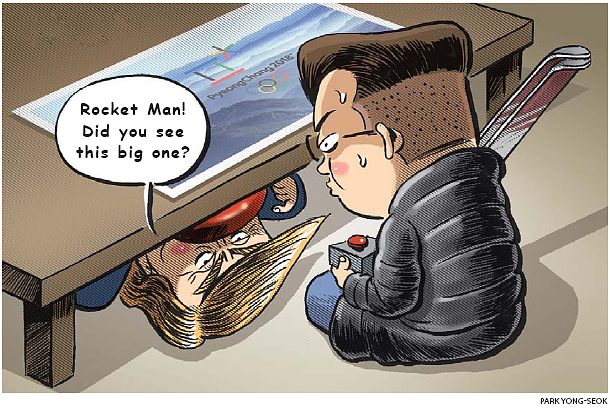 After North Korean leader Kim Jong-un threatened the United States in a New Year’s address by saying, “The nuclear button is on my desk at all times,” U.S. President Donald Trump tweeted, “I too have a Nuclear Button, but it is a much bigger & more powerful one than his, and my Button works!”