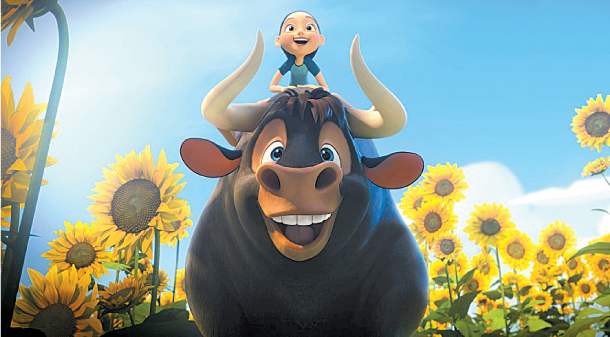 Ferdinand is a sweet bull who is often mistaken as scary because of his large body. His two favorite things in the world are the smell of flowers and his best friend Nina. Nina and Ferdinand have a great time together on her farm, and there he forgets that the rest of the world sees him as a dangerous animal.

One day, Ferdinand goes to a flower festival, and while he is there, he gets stung by a bee. Unable to withstand the pain, he jumps and screams all over the festival, causing a disruption and causing people to mistakenly think that he has gone out of control. He is captured and sent to a camp, where he will be trained to become a fighter. But having never fought due to his gentle personality, Ferdinand is uninterested in becoming a fighter and decides to break free from the camp to return home. On his adventure back to his farm, a wisecracking goat and three hedgehogs tag along and keep him company. 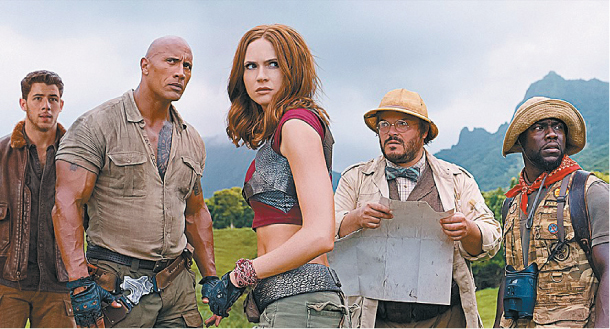 Four high school kids stuck in detention have to clean up the school basement as punishment, and while doing so they discover an old video game called “Jumanji.” Out of boredom and curiosity, they start playing the game. However, as they play, they are literally sucked into the game, where they take on the appearance and strengths of the adult avatars they initially chose. Geeky Spencer is turned into the colossal, muscular Dr. Smolder Bravestone; Martha is turned into a gorgeous martial arts expert named Ruby Roundhouse; athletic Fridge is turned into a short zoologist named Franklin Mouse Finbar; and social media addict Bethany is turned into an overweight male cartographer named Professor Sheldon “Shelly” Oberon.

They discover that in order to return to the real world, they must win the game, which means they will have to work together and think fast - because they each only have three chances to beat the game or they will be stuck there forever.

Limbo is a middle realm where the dead make a stop before they go to heaven. Here, people who have recently died arrive in groups and stay for seven days. While they are there, they must pick one precious memory that they want to go back to. Counselors Takashi and Shiori are on the job to help people who have difficulties choosing their memory. Once the memories are chosen, the staff reproduces them into short movies and guide the deceased to their peace.

Kim Ja-hong was a firefighter who died saving a little girl from a fire. When he dies, the two grim reapers, Haewonmaek and Deok-choon, appear before him to guide him through his trials. Ja-hong hardly believes that he is dead but Deok-choon praises him as a righteous man who died a noble death.

At the entrance to the underworld, another grim reaper named Kangrim awaits Ja-hong, and will serve as his lawyer throughout the seven trials. The three grim reapers have received a promise from the king of the underworld that if they are able to reincarnate 49 righteous humans in 1,000 years, they will also be able to be reincarnated as humans again, and they have high hopes that Ja-hong may be the rare person who is certain to be reincarnated.

Ja-hong is played by Cha Tae-hyun while the three grim reapers are played by Ha Jung-woo, Ju Ji-hoon and Kim Hyang-gi. 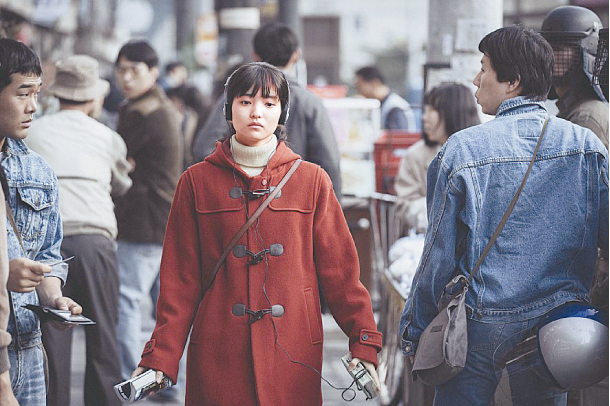 In January 1987, a 22-year-old college student named Park Jong-cheol dies while being tortured during a police interrogation. The head interrogator requests that the body is cremated to erase any evidence of torture, but the prosecutor who was on duty the night the student died refuses the interrogator’s request, sensing that the student’s death was no “mere accident.”

In the prison, a guard named Han Byung-yong learns the truth behind the police’s cover-up from the detective and is told to pass on the information to the head of the political opposition. The guard tells his niece the news and asks her to be the messenger.

The Korean Peninsula cannot be in a more dangerous situation. A military coup has risen and taken over North Korea, and its number one leader has been seriously wounded. An elite North Korean agent, Eom Cheol-woo, is given the mission to guard the leader, and secretly takes the leader to the South for shelter and treatment.

Meanwhile, the North declares war against South Korea and United States, while the South proclaims martial law. As South Korea’s president must decide on whether to declare war, the chief presidential secretary on diplomatic and security affairs, Kwak Cheol-woo, obtains information that the North’s leader has come down to the South. To prevent war from happening, Kwak finds agent Eom and the wounded leader, trying to persuade him that they are on the same side, to safely protect the North leader and prevent a coup. 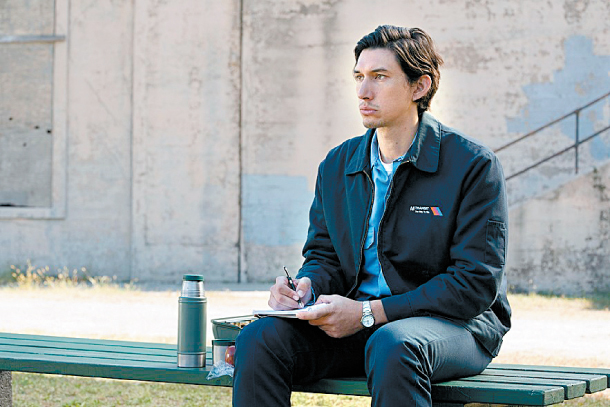 A bus driver named Paterson works in Paterson, New Jersey. He lives with his artist wife Laura and her dog Marvin. His routine is the same every day.

He wakes up each morning at the exact same time, kisses his wife’s cheek, eats his cereal with milk, packs up the sandwiches that Laura made for him and goes to work.

He meets the same people at work, drives around the same section, eats his lunch by the waterfall and goes back home walking the same path that he went for work.

He eats the dinner that Laura made for them and walks Marvin, then goes to the bar for a drink. The movie goes on to describe the rest of his week, which follows the same pattern.

But Paterson is a poet, and he writes poems whenever he can, getting inspiration from his daily routine. Although each day may be similar, he turns the conversations he catches on the bus, at the bar, from his walks and even when he’s eating his cereal into poetry.