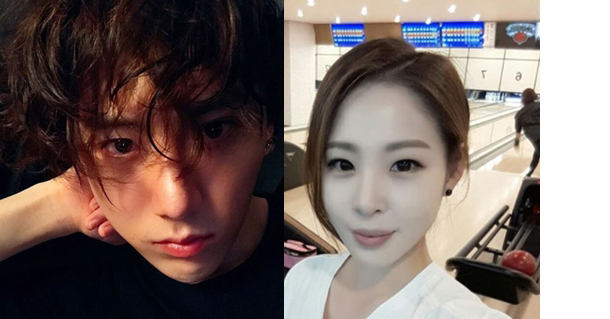 It’s been less than a week since the new year began, and the entertainment industry welcomes another celebrity couple. Jang Hyun-seung, a former member of the now-disbanded group Beast, and former Olympic gymnast Shin Soo-ji are now dating.

According to Yonhap, the two had been spotted out on dates at bowling alleys a number of times by fans, and on Friday, an anonymous acquaintance of Shin confirmed that “The two people have been together for four months after they got close while bowling together.”

Jang debuted as a member of Beast in 2009 and gained huge popularity for his charming vocals and dance. He has performed as a duo under the name Trouble Maker since 2011 with artist Hyuna, but quit Beast in 2016 after a series of rumors arose surrounding his attitude on stage and his private life. Jang is currently working as a solo artist.

Shin competed in the 2008 Beijing Olympics, but retired in 2011. She currently works as a professional bowler.

“We have confirmed it with the star that Jang Hyun-seung and Shin Soo-ji are dating,” said Cube Entertainment.