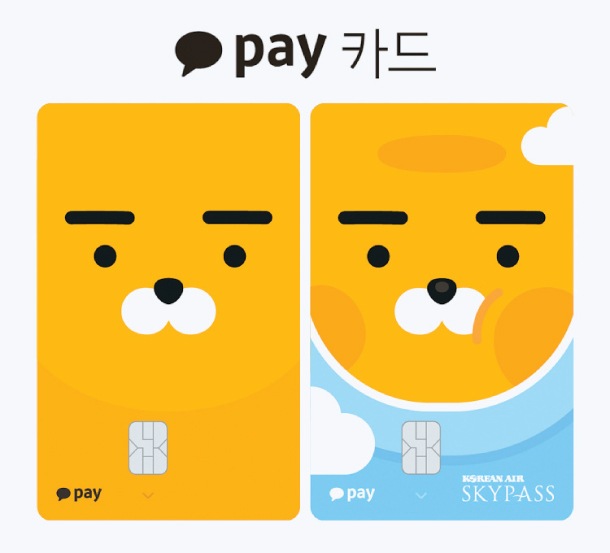 Kakao, operator of the country’s most popular chat app, is going plastic.

On Friday, the tech company rolled out a debit card linked to its mobile payment service Kakao Pay.

While there have been cases of Kakao collaborating with banks and card companies to release cards featuring their chat app’s characters, those cards were directly tied to specific bank accounts.

“Kakao is the first fintech company to release a card,” a Kakao representative said. “We moved all our mobile services onto the new card to enable both online and offline transactions.”

Kakao Pay can be connected to accounts from 18 commercial banks and securities firms including Woori Bank, KB Kookmin Bank and NH Nonghyup Bank.

Kakao is working with BC Card on the new plastic so it can be accepted wherever shops accept BC Card, which includes most places in Korea. The BC Card partnership also allows for free cash withdrawal through 5,000 ATMs at 7-Eleven, Lotte Department Store, Lotte Mart and Lotte Cinema.

Transaction records will be sent through KakaoTalk messages.

Registration for the card opened on Friday for those already using Kakao Pay. The card’s official release date is Wednesday.

The new card, however, cannot be linked to accounts on Kakao Bank, an internet bank in which Kakao owns a 10 percent stake.

A Kakao representative said the reason was because Kakao Bank does not provide accounts for businesses, which the new card requires.

The representative said the problem should be resolved by the first quarter, allowing users to connect the card with Kakao Bank.