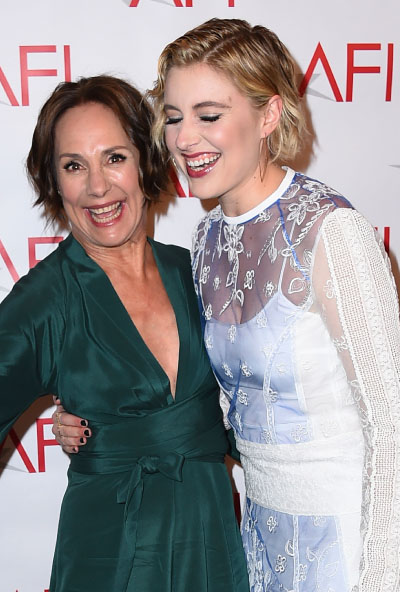 The schmooze-y celebration at the Four Seasons Hotel brought together the casts and creators of 2017’s most celebrated movies and TV shows, many of which are also in contention for the Golden Globe Awards on Sunday.

“Wonder Woman” director Patty Jenkins led the honorees in a toast, during which she quoted former Washington Post publisher Katharine Graham (who is played by Meryl Streep in Steven Spielberg’s “The Post,” an AFI honoree and best picture nominee at the Globes).

“To love what you do and feel that it matters, how could anything be more fun?” Jenkins said. “We love what we do. It doesn’t always matter - and often it doesn’t - but sometimes it does, so it’s always worth it to try.”

With winners announced in advance and no trophies to accept onstage, the AFI Awards are an opportunity for collegial confabulation.

“This is a place to be together as a community,” said AFI president Bob Gazzale, “to consider the compendium and feel proud.” Actors, writers, directors and executives embraced the chance to chat, with superstar mash-ups spontaneously erupting throughout the room.

Besides “Wonder Woman,” “The Post,” “Lady Bird,” “Three Billboards Outside Ebbing, Missouri,” “The Big Sick” and “Call Me By Your Name,” AFI named “The Florida Project,” “Get Out,” “Dunkirk” and “The Shape of Water” as its top films of 2017. Most are also up for best picture at the Globes.