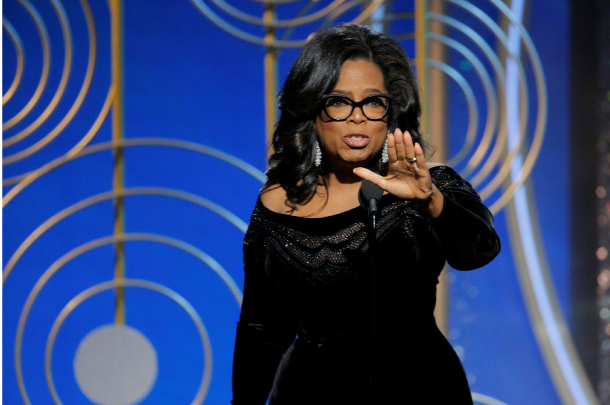 Talk-show host, actress, producer and humanitarian Oprah Winfrey accepted the Cecil B. DeMille Award at the Golden Globes on Sunday night with a speech referencing the civil rights movement as well as the #MeToo movement that earned her multiple standing ovations.

Winfrey became the first black woman to be given the award, which was presented in Beverly Hills, California. She told the story of Recy Taylor, who died just days earlier, and her fight for justice after her rape by six white men in 1944.

“His tie was white and of course his skin was black and I had never seen a black man being celebrated like that,” Winfrey said.

She expressed gratitude for Taylor and all the women who were silenced when they spoke their truth to powerful men, the women who worked in factories, farms, as domestic workers and in academia, whose names will never be known.