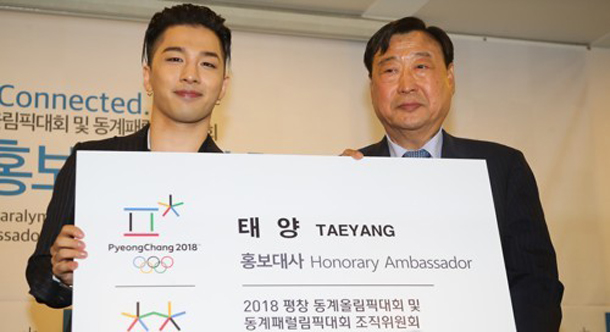 Taeyang of boy band Big Bang, left, will release a song for the 2018 PyeongChang Winter Olympics, his agency said on Monday.

YG Entertainment said the singer, an honorary ambassador for the games, is set to release “Louder,” a song wishing for a successful Olympics, at noon on Wednesday.

The pop-rock song features a powerful refrain and is produced by star producers under YG’s The Black Label, including hitmaker Teddy. Taeyang also participated in making the song.