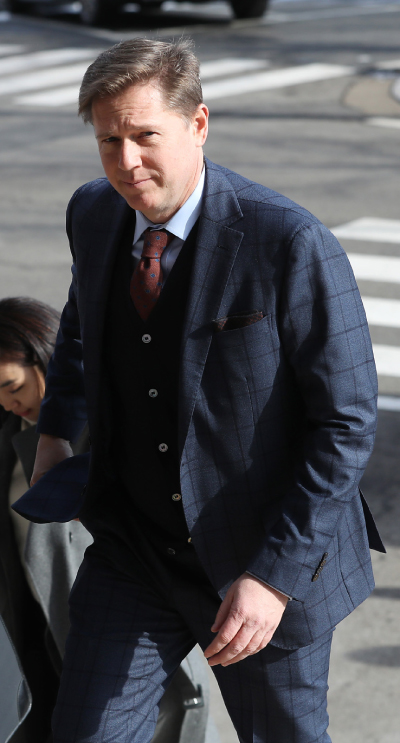 Although Facebook only responded “We will do our best” when asked if it was planning to cough up local corporate taxes and network usage fees, Wednesday’s meeting between the tech giant and the Korean government is considered a positive step toward creating a fair business environment for domestic and international tech companies.

Kevin Martin, the social networking platform operator’s vice president of mobile and global access policy, visited the KCC for a discussion on recent controversies over the company’s local operations.

Unlike other U.S. tech giants that are staying silent despite ongoing controversy over network usage fees and taxes, Facebook actually reached out to the commission to request the meeting.

The discussion was closed to the media, but Martin’s comments were later released in statements.

According to the KCC, Martin said Facebook will sincerely abide by local tax laws as Korea is among 25 countries where the company vowed to adopt a so-called “local selling structure.”

This means advertising revenue earned locally will no longer be recorded on the books of Facebook’s international headquarters in Dublin, Ireland, but recorded by the Korean corporation.

“We believe that moving to a local selling structure will provide more transparency to governments and policy makers around the world who have called for greater visibility over the revenue associated with locally supported sales in their countries,” Facebook’s Chief Financial Officer Dave Wehner said in a note to the public last month.

This, however, doesn’t mean Facebook will substantially increase tax payments to Korea or pay corporate tax to the level of local companies. Exactly what Martin is referring to when he says “tax” is still vague, according to a source from the KCC highly knowledgeable of the issue. 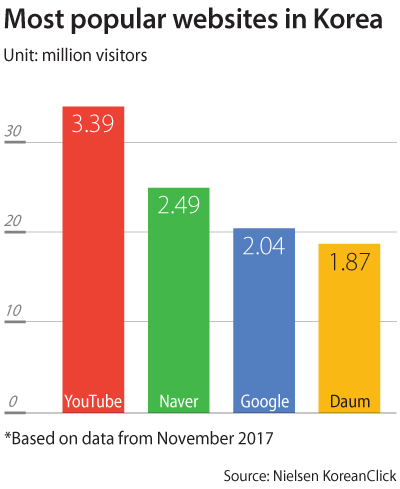 Still, another source from the commission added that Facebook is expected to start paying some taxes that were previously dodged by other foreign firms.

Domestic IT companies Naver and Kakao have been complaining that foreign competitors have been avoiding paying for local network usage, arguing that their servers are located outside of the country, while their Korean competitors pay huge sums to local internet service providers.

Naver spent 73.4 billion won ($69 million) on the network it is using to deliver its contents and services in 2016. Kakao pays about half the price Naver is paying, as the portal giant uses up more data traffic.

Facebook currently pays some 10 billion won, reportedly, to KT, which operates a local cache server, though it incurs more data traffic than local firms due to the large number of videos and pictures uploaded to the platform. A cache server is used to save internet content locally in temporary storage, called a cache, so that the speed of access to data is improved though its server is located further away.

Facebook also does not pay other internet service providers SK Broadband and LG U+ as the company can still deliver data to users through KT’s cache server. There are separate agreements between carriers for sharing data traffic.

Google and its video streaming platform YouTube also use local cache servers, but do not pay a fair price for the data traffic they use, according to industry insiders.

KCC Chairman Lee Hyo-seong pushed Facebook, saying “We believe it is fair that Facebook pay network usage fee that align with the amount of data traffic the company uses, just like Korean companies.”

Martin said Facebook will more actively engage in talks with local mobile carriers via frequent video calls and also by holding meetings at the upcoming Mobile World Congress to be held in Barcelona in February.

Google Korea still said it has no official comment on net usage fees at the moment in a phone call with the Korea JoongAng Daily Wednesday.

Though talks on net usage fees are expected to continue, Facebook did announce that it will open up a so-called Innovation Lab in Pangyo, Gyeonggi, by the first quarter this year to invest in Korean start-ups. The lab will be similar to Google’s start-up incubating center Google Campus in Seoul. The company hopes to nurture some 500 start-ups especially in the area of virtual reality and augmented reality.