Turning family conflict into film: Issues between wives and in-laws resonate with many women

Turning family conflict into film: Issues between wives and in-laws resonate with many women 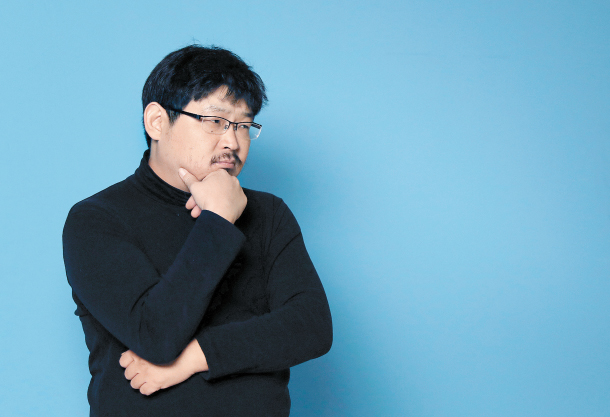 Marriage is often said to take more than love. By tying the knot, a couple not only becomes husband and wife, but also turn into son and daughter in-laws. Although the idea of becoming part of a new family could be comforting, it may also be torturous, especially for women, who refuse to become the obedient daughter-in-law they are often expected to be in Korea’s family-centered society.

At least, that is what director Sun Ho-bin’s wife Kim Jin-yeong felt. For years after she got married, Jin-yeong underwent a tug-of-war with her mother-in-law, Jo Gyeong-suk. While the tender-hearted, yet stubborn Gyeong-suk expected Jin-yeong to act like the devoted daughter-in-law she herself had been, Jin-yeong demanded to be respected and treated as a guest when she visited her in-laws. This meant not always having to be the one to do all the dishes or referring to her brother-in-law as “young master.”

Stuck between his mother and wife and feeling helpless about it, the filmmaker decided that the least he could do was document their conflict. When screened at film events like the Jeonju International Film Festival (JIFF) and DMZ International Documentary Film Festival, “Myeoneuri: My Son’s Crazy Wife” especially resonated with female audiences, who were thrilled with Jin-yeong’s direct words that they couldn’t dare say out loud to their mother-in-laws.

Prior to its release on Wednesday, the director joined the Korea JoongAng Daily for an interview. The following are edited excerpts.

“Myeoneuri: My Son’s Crazy Wife” is an autobiographical documentary revolving around the conflict between director Sun Ho-bin’s wife, left, and his mother. [SYCOMAD]

Q. What triggered you to turn your story into a film?

A. When a problem arises, documentary directors usually think about framing it into a movie. Since there are cameras everywhere at home, some of the disagreements between my wife and mother had been filmed. While organizing the footage, some other directors found the footage interesting, and told me that many people would identify with the situation. So I gave up on what I was working on, and instead chose to work on my family’s internal conflict.

What reactions did your wife and mother have when you told them you wanted to make a documentary out of their conflict?

My wife liked the idea of filming the story because she wanted evidence of what my mom had said, as she often changes her mind. But it took me more than a year to get my mom’s approval. She prioritizes saving face, so she didn’t want her friends or neighbors to know about the family problems. When Jin-yeong told her that she would no longer visit to attend family rituals, my mom told her neighbors that we had moved abroad. That’s how important saving face is to her.

How did your wife and mother react to the documentary?

My mom came to Jeonju last year to watch the film at JIFF, but she gave up at the last minute, saying that she just couldn’t bring herself to watch it. My wife said that she is generally satisfied with how it turned out, though she said it may have been better if the message she wanted to deliver - that daughter-in-laws should be treated as guests when they visit their husband’s family - was demonstrated more clearly by delving deeper into her feelings. But we generally agreed that even without a thorough description of how she felt, people seemed to have grasped the meaning of the film based on personal experience.

The conflict between women and their mother-in-laws is often pointed to as a major cause of problems between married couples. What do you want audiences to feel after watching the film?

There isn’t a specific message I wanted to give the audience. But what I wanted to share is the helplessness I felt while working on the story. What Jin-yeong requested from my parents is respect as an individual. But my parents didn’t seem to understand what that meant. I believe this kind of lack of communication and stubbornness is prevalent among our parents’ generation, who grew up while Korea was undergoing rapid economic growth. Even now, I believe we are taught how to play our roles as a student, brother, soldier and so on. But what we haven’t learned is how to treat and respect each other as individuals.

The title of the film literally translates to “B-Level Daughter-in-Law.” How did your wife react to the title?

Jin-yeong liked it. She is usually playful, and she said she understood my intention behind the title. But some other directors suggested changing it, because to them it sounded like I was grading my wife. But I think the title sounds funny and catchy. I’m hoping that people will find it witty.

The husband’s role in alleviating conflicts between his wife and mother is crucial. Do you have any advice for men facing similar problems?

Before I got married, I also had conflicts with my mother, just like most people have issues with their parents. But after I got married, I unconsciously expected Jin-yeong to mediate the issues between me and my mother, just like my mother did for my father and his parents. Based on my experience, never expect your wife to mediate the issues you have with your mother.