Top book prize goes to novelist unafraid to break traditions: Son Hong-gyu believes his job is to explore the depths of our emotions

Top book prize goes to novelist unafraid to break traditions: Son Hong-gyu believes his job is to explore the depths of our emotions 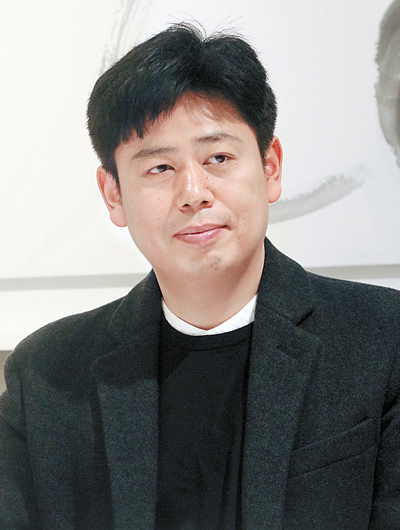 Novelist Son Hong-gyu smiles at a press conference last week after he was announced the winner of the 42nd Yi Sang Literary Award. [LITERATURE AND THOUGHT]

Known for sensibly combining narrated scenes often found in long novels with detailed descriptions of incidents usually only seen in short pieces, writer Son Hong-gyu was the winner of this year’s Yi Sang Literary Award. He took home the highest honor of the 42nd edition of the awards for his novel “Said, Dreamt.”

“The style Son often uses to approach reality was seen as different and new in this work, which is worthy of attention,” said Literature and Thought, which organizes the award. Literature and Thought, a magazine started in 1972, asked some 100 professors of literature, magazine editors, critics and journalists to review short stories and novellas published last year in major literary magazines and books to choose the winner of the award. Song, who became a professional writer in 2001, was awarded 35 million won ($32,900) as his prize.

“The narrative style of this novel leads the present to the past, and the experiences in the past are shown as a type of fantasy while it actually is a reflection on memory. That style can be seen as a new experiment of the author, who has pursued [what constitutes] reality.”

The story depicts the life of a man named Yeong-taek, who once worked so hard to make his dreams come true. But after some time, he lets go of his desires as reality begins to set in. He even feels envious of a man who he sees with a bloody face and holding a stone, since to Yeong-taek, that man seems to have at least tried to do what he intended to do. The story also tells the struggles of Yeong-taek’s wife, and brings readers back to when the two started living together. 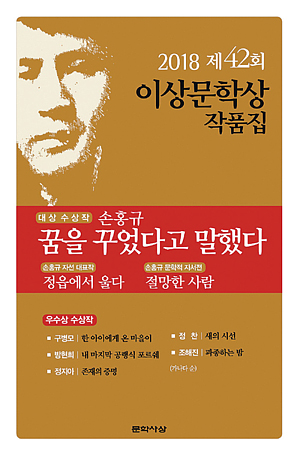 The cover of the book that includes the winning works for the 42nd Yi Sang Literary Award, which were announced earlier this month. [LITERATURE AND THOUGHT]

“Novelists aren’t just those who write well, but I believe they are the people who look into where their anger, hatred, grief, pleasure and pain come from,” said the writer at the press conference last week.

“To me, writing a novel is the work of exploring the structure of one’s heart.”

The writer said the award-winning book was inspired by his writings as he tried to trace the reasons why two people, who used to love each other so much and who still do, would begin a relationship that could be irreversible. He said this was his first legitimate attempt to write a novella, after spending years thinking that he should write one.

Alongside Son, five other writers, including Gu Byung-mo, were also honored with a 3 million won prize. A Korean-language book including all the pieces that received awards will be available at local bookstores around Friday, the magazine said. The book contains remarks from Son, written as a poem. He says it is inevitable for him to continue loving novels while discovering that those who love novels are actually the ones who have the deepest suspicions and hatred of novels.