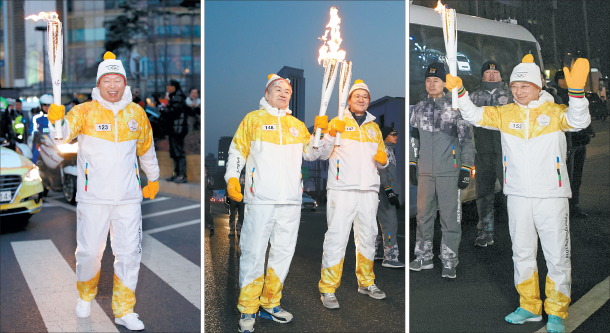 All three companies - Lotte, Hanjin and KT - are sponsors of the PyeongChang Olympic Games.

Additionally, while Lotte chairman Shin is also head of the Korea Ski Association and the only chairman among Korea’s top 10 businesses to participate, Hanjin Group’s chairman Cho was the first president of the PyeongChang Olympics organizing committee before resigning from the post in May 2016. It was also the first time that a father and son from the business community participated in the torch-bearing event. KT is hoping that the Winter Olympic Games will help commercialize its 5G service. [YONHAP]