Lee Seung-taek became the second Korean golfer, after Chang Yi-keun in 2016, to win the Asian Tour qualifying school at Rayong Green Valley Country Club in Thailand on Sunday. Finishing the weekend at 14 under par, Lee finished one shot ahead of Sorachut Hansapiban of Thailand. 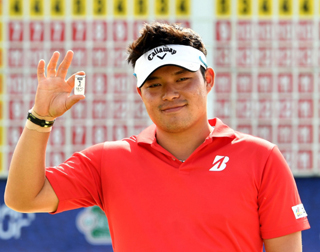 In addition, Lee earned his full status on the Asian Tour in only his first attempt at the qualifying school.

Making three birdies in the last four holes, Lee had a thrilling come-from-behind victory with one eagle, five birdies, one bogey and a double bogey in the final round. Though he got off to a shaky start with a double bogey on the par-5 fourth hole, he quickly turned it around with an eagle on the par-4 sixth hole.


He made three consecutive birdies from the 15th to 17th holes. On the par-4 18th hole, Lee almost blew up his victory with an incorrect distance calculation, hitting his approach shot over the green to the gallery stand, but luckily, Lee’s approach bounced back to the green after it hit the roof. From a lucky bound, Lee successfully concluded his round with a par.

With a win, Lee has earned his berth to the SMBC Singapore Open, starting on Thursday.

The tournament is considered a big event, co-hosted with JGTO, as top golfers like Sergio Garcia of Spain and Louis Oosthuizen of South Africa will compete. 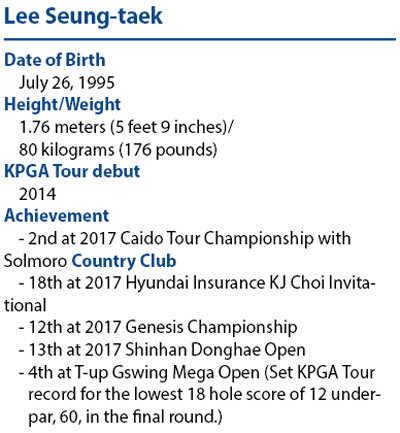 During the 2017 season, Lee played full time on the KPGA Tour and set the Tour’s lowest 18 hole score at 12 under par, 60, in the final round of the T-up Gswing Mega Open in September.

Since the Asian Tour is considered a global tour, it is an opportunity for golfers who dream of advancing to the major tour, as it is considered less competitive than other big tours. The Singapore Open will give players the opportunity to play against the world’s best as well as the experience of playing in European Tour events. Starting in 2018, the Asian Tour will co-host six tournaments with the European Tour and the winner of one of these tournaments will have an automatic full status on the European Tour for the 2019 season.

A total of 44 players earned full status through the qualifying school this season. Of these, 10 Korean golfers qualified, the second most after Australia, which got 11.