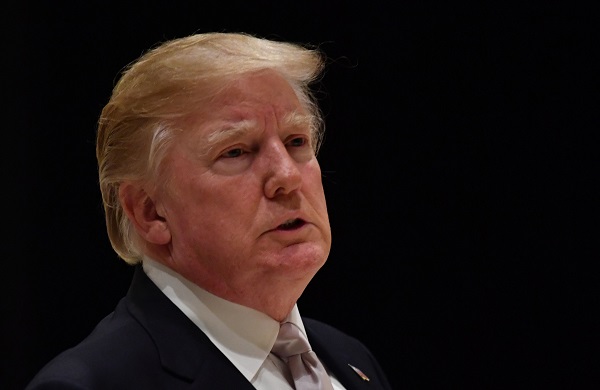 U.S. President Donald Trump denied having said last Thursday he had a "very good relationship" with North Korean leader Kim Jong-un during an interview with The Wall Street Journal, accusing the U.S. media outlet of intentionally distorting his words.

Earlier the same day, Sanders posted an image with a red banner that read "FAKE NEWS" and read underneath: "THE WALL STREET JOURNAL. FAKE NEWS IS AT IT AGAIN! FALSELY QUOTING PRESIDENT TRUMP."

On why the Trump White House remained silent for three days before correcting the Journal, Sanders said they contacted the outlet Friday morning and asked for a correction, only to be rejected.

The Journal released its own recording of the interview on Twitter, saying it reviewed the audio as well as the transcript provided by an external service, and decided to stand by what it originally reported. In the transcript, released last Thursday, Trump brags about having a "very good relationship" with Kim despite his past insults of the North Korean leader, calling himself a "very flexible person" who can build rapport with someone "all of a sudden."
Click to hear the audio