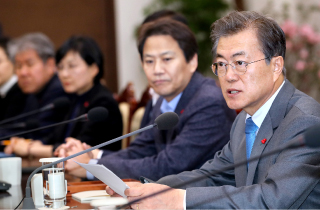 A minimum wage became first institutionalized in New Zealand in 1894. A legal basic wage was enforced in order to prevent exploitation of labor in sweatshops that took advantage of women and underage workers.

Statutory minimum wages became effective in the United States in 1938 amidst serious inequalities in wealth during the Great Depression. After the legal wage floor was imposed, incomes of factory workers improved. Inequalities also started to ease gradually.

The system, designed to aid low-income workers, is a kind of socially agreed welfare contract. The downside is that hiring can fall off when the floor is lifted. Increased wages do not guarantee that much of an improvement in productivity. Employers consider reducing employment if their payroll burden increases. That’s the biggest dilemma of the minimum wage.

Its benefit to economies is still debated in academia. In Seattle, Washington, the hourly minimum wage was pushed up from $9.47 — already among the nation’s highest in 2015 — to $15 by January 2017. A study by the University of California-Berkeley’s Institute for Research on Labor and Employment — focusing on mostly fast-food franchises — found that jobs in the restaurant industry stayed secure when the minimum wage rose by 10 percent. Thanks to the wage hike, workers’ incomes grew by 1 percent.

But a broader study shows the opposite. A study by the University of Washington after the January 2016 hike to $13 in the second wave of wage increases under the law showed that the number of jobs in the industry dropped by 6.8 percent in the first nine months of 2016 after the number of hours worked by low-wage workers fell by 9.4 percent. Cumulatively, it added up to losses of 5,000 jobs and 3.5 million hours of work.

Higher wages do not always cause reductions in employment. But they also do not guarantee jobs. There is no perfect solution for wages, employment and work hours.

The steep rise has caused lots of trouble. Prices have gone up in restaurants and from other service providers as a result of the rise in labor costs. We can hardly blame employers for transferring the hike in labor costs onto retail prices. The impact on employment data also would likely be bad. Many small workplaces have begun to lay off employees.

The administration has been confident that things will stabilize once it pays out 3 trillion won from government coffers to reimburse employers for higher labor costs. But those funds will run out. It cannot go on helping employers to keep up their wage payments with government funds. Once it runs out of subsidies, employment will fall and prices will rise.

The first article of the Korean Minimum Wage Act says the purpose of the legal wage base is to ensure a basic livelihood for workers and improve labor productivity to help the economy.

The Moon Jae-in government thinks the hourly base wage should be at least 10,000 won to ensure a basic living standard for workers. But it has not explained why 10,000 won must be the wage floor.

Article 4 of our minimum wage act elaborates the grounds for setting a minimum wage. The wage floor must consider the living cost, salaries of workers in comparative fields, labor productivity and income equality rate. But no one explains how the government ended up with the 10,000 won threshold. The round figure makes a good campaign slogan. But the reality is different.

The government must set practical minimum wage standards and include other benefits as well in calculating the wage. It must look around and check if a sudden wage spike has worsened the lives of low-income earners instead of improving them.