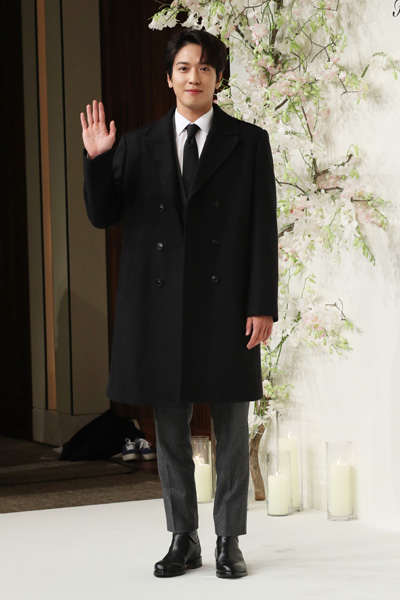 Singer-actor Jung Yong-hwa from pop band CNBlue posted a hand-written apology Wednesday, after admitting that he had been accepted into graduate school without a formal interview like the rest of the applicants.

When SBS News reported that a certain celebrity had gotten accepted to the graduate school of Applied Arts at Kyung Hee University on Tuesday, the public demanded the name and an apology from the person at issue.

On Wednesday, the JoongAng Ilbo, affiliate of the Korea JoongAng Daily, reported that the person in the report was Jung from CNBlue, as confirmed by a member of the university’s administration. Jung’s agency FNC Entertainment gave an official statement after the news broke.

It explained that it was the school that had approached Jung about enrolling as a student, but since Jung had no time to fill out the forms or make it to the interview, the agency filled out the necessary forms and booked a separate time for Jung to meet with a member of the faculty.

According to the statement, neither the agency nor Jung knew that they were breaking rules. “Both the agency and the singer thought that Jung was following the official enrollment process,” wrote FNC.

“Whatever the reason is, or the truth is, I understand that everything is my mistake,” wrote Jung in his apology posted to Instagram.

On Wednesday afternoon, the agency revealed that the singer will step down from his role as a host of “TalkMon” a show with television personality Kang Ho-dong that premiered on cable channels tvN and Olive on Monday.