First Apple store in Korea to open on Jan. 27

First Apple store in Korea to open on Jan. 27 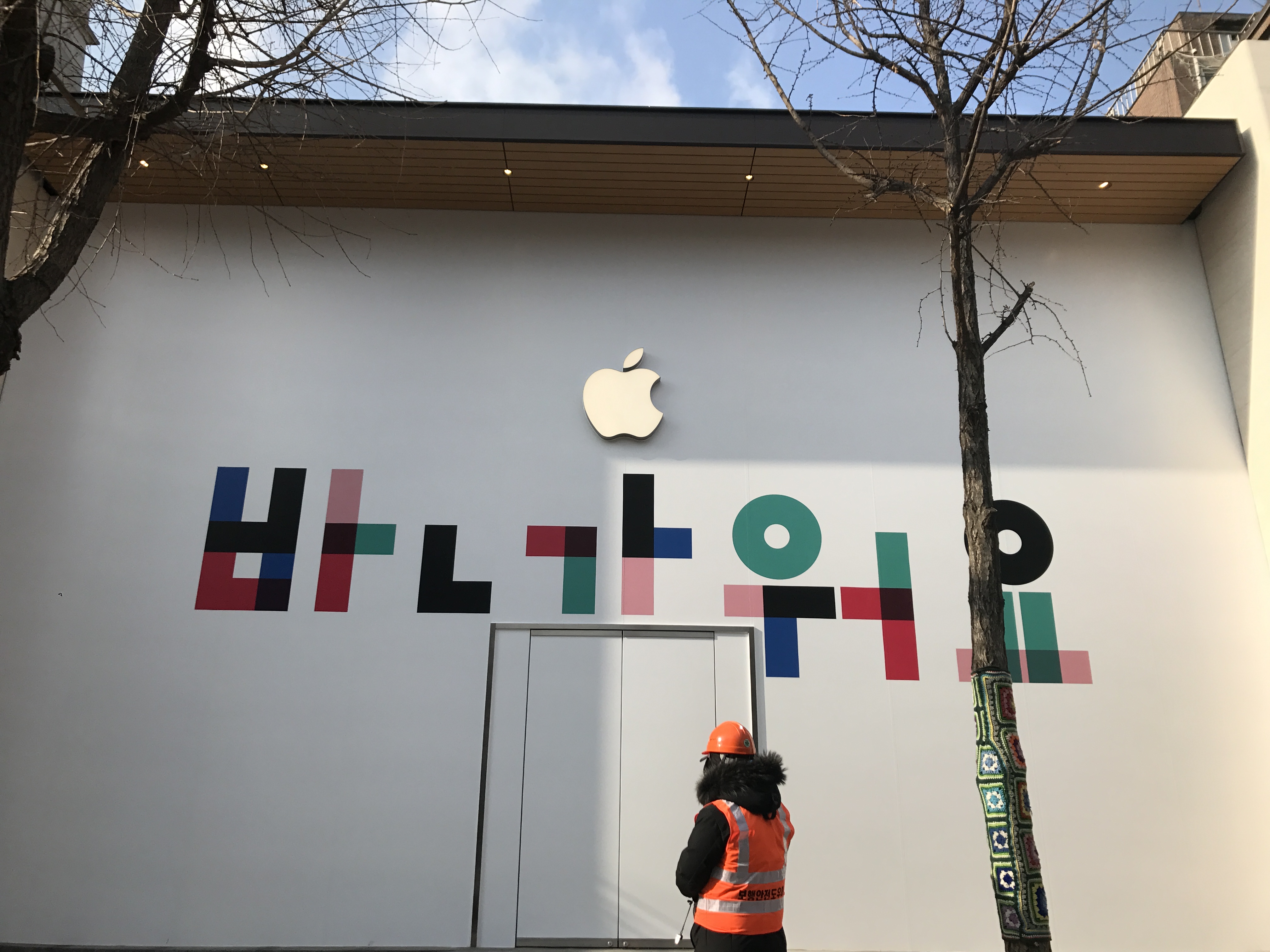 The much-anticipated first Apple retail store in Korea will open on Garosu-gil in southern Seoul on Jan. 27.

Just like in other Apple stores across the globe, customers can have their devices repaired, try out and buy new products and take lessons from staff at the new store. It will be open from 10 a.m. to 10 p.m. every day.

The storefront is still covered with white boards, but a large Apple logo with a phrase meaning “glad to meet you” in Korean printed below ensures passersby know that the American tech giant will soon be moving in.

The opening of the first Apple store on the home turf of its biggest rival Samsung Electronics comes nine years after the iPhone first hit Korean shelves. Apple signed a 20-year contract for the 526-square-meter (5,661-square-foot) space that will house the standalone Apple shop in March 2016. Its opening has been delayed several times, with the previous scheduled date being late last month.

Owners of the iPhone 6, 6S, SE and 7 will be able to visit the store to get their battery replaced — a measure Apple took on Jan. 2 in Korea after it was found just before Christmas that the company had been deliberately slowing down some of its phones to prevent them from unexpectedly shutting down due to aging batteries. More than 100 plaintiffs in Korea filed a suit against Apple on Jan. 22, and the ongoing fallout has seriously marred the iPhone producer’s reputation and credibility across the globe.

The big question for Apple fans is whether the company will be giving away free t-shirts to the first 1,000 visitors to the store — a tradition at past opening ceremonies. Apple has yet to make its plans public.