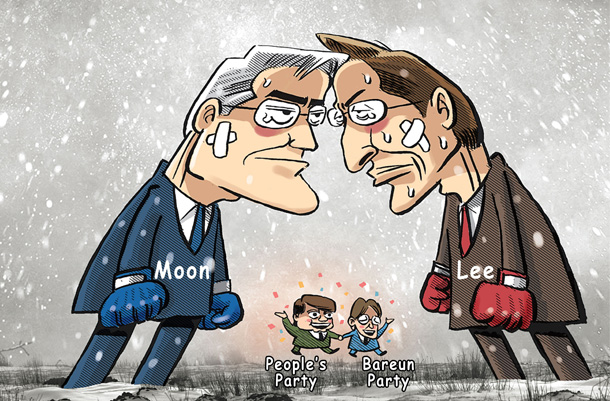 A brawl between former President Lee Myung-bak and current President Moon Jae-in is brewing after Lee called the Moon administration’s investigations of his aides “political revenge” for the suicide of Lee’s predecessor Roh Moo-hyun. The opposition People’s Party and Bareun Party are enjoying the fight.