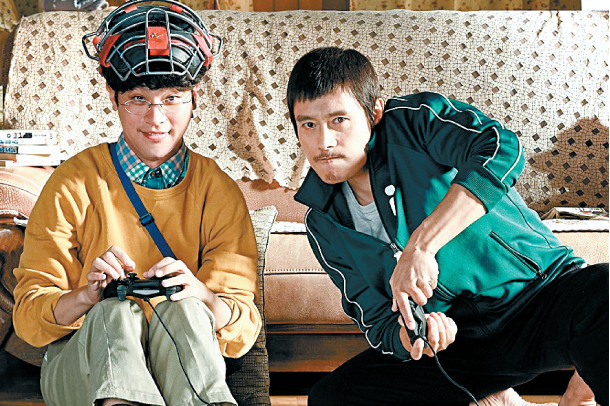 Although Jo-ha was once successfully living his life as a professional boxer, even earning the title of WBC Asia champion, he’s now well past his prime, barely making ends meet. However, he miraculously gets in touch with his long-lost mother, and although he wants nothing to do with the person who abandoned him during his adolescence, he follows her begrudgingly as he needs a place to stay. When he arrives, he meets Jin-tae, his younger brother, who has savant syndrome.

Jin-tae can certainly rub Jo-ha the wrong way with his innocent smile, but he soon learns that Jin-tae cooks the best ramen, excels at all video games and is a prodigy on the piano. Used to being alone, Jo-ha quickly gets annoyed by his naive brother, while Jin-tae is a bit intimidated by his aggressive older brother.

But after many incidents and adjustments, the two end up becoming very close and Jo-ha eventually realizes that having a family to care for isn’t all that bad.

Veteran actors Lee Byung-hun and Park Jung-min starred as the two brothers while actress Youn Yuh-jung starred as the mother. Lee has starred in many of the box-office films and Hollywood blockbusters such as “Inside Men” (2015), “Masquerade” (2012), and G.I. Joe series (2009, 2013).

At the end of the second film in the “Maze Runner” series, Minho is caught by the mysterious and powerful organization WCKD after he is betrayed by a glader named Teresa, who turned out to be a traitor. To save him, Thomas and his group head toward the legendary last city of WCKD. There, the friends have to face the deadliest labyrinth of all to rescue Minho, and while doing so they come face to face with more of the horrible experiments that WCKD have been conducting on innocent people for “the greater good.”

However, after Thomas meets Teresa in the city, he becomes confused if the destruction of the WCKD is the right answer, and his friends, seeing his dilemma, worry that he will also go over to the WCKD side. Finally, Thomas would have to make the decision that will forever change the destinies of his friends and the world. 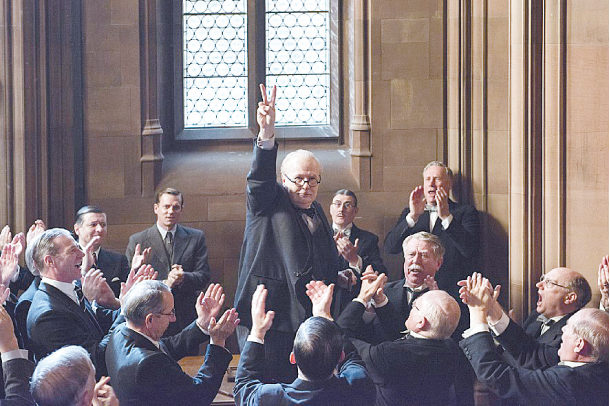 Inspired by a true story, this film begins with the grim age when Europe is heading towards another World War.

The burden of his nation’s fate lies heavily on the shoulders of the soon-to-be Prime Minister of Great Britain, Winston Churchill. However, conflict begins to grow within Britain after Churchill refuses to negotiate for peace while the rest of his party strongly disagrees with him, thinking that it will be impossible to defeat the Nazis.

Churchill, in his darkest hour, must decide if he would stand firm and fight for his ideals and beliefs, or give in to Germany.

If he chooses to fight, he must guide the nation to war against incredible odds.

Two brothers’ lives suddenly go in opposite directions after their mother’s death. Tae-ju wants to keep the last promise that he has made with his mother, but Tae-sung suffers from the guilt he has over her death. They despise each other and go their separate ways.

Twenty years later, Tae-ju is a policeman in Gangnam District, southern Seoul, while Tae-sung is a part of the biggest criminal gang in Busan.

While investigating a case about Japanese drug deals in Busan, Tae-ju comes face-to-face with his brother - but what they uncover is a shocking secret that they have been avoiding for a very long time.

Actors Sung Hoon and Jo Han-sun play Tae-sung and Tae-ju. This film is Sung’s big-screen debut, but he has appeared in televisions series such as the KBS2 drama “Oh My Venus” (2015) and the OCN drama “My Secret Romance” (2017). Jo is best known for his role in the film “Temptation of Wolves” (2004).

“What have I married into?” is the question Sun Ho-bin asks every time his mother and his wife Jin-young get into a fight.

Disputes between wife and mother-in-law may be common in Korea, but Sun feels like an innocent bystander who gets hurt every time they raise their voices.

However, neither of them seems to be willing to back down, with his mother wanting to give her opinion on every household matter while his wife struggles to fight against them.

Strangely enough, when Sun complains about his misfortunes to his friends, they seem to enjoy his stories. So he decides to tell a story about his unhappiness through a documentary.

The members of the Osugi family live typical, peaceful lives until they suddenly receive a message from a mysterious extraterritorial force that they are not earthlings, but in fact, aliens sent from different planets.

The father of the family, Shigeichiro, believes his is from Mars and sends out dire warnings of apocalypse, placing his job in danger. His son Kazuo believes he’s from Mercury, while his daughter Akiko believes she’s from Venus. Meanwhile, the mother believes that she’s the only normal human in the family.

The film features a strong message about the environment, and throws into question whether planet Earth would be better off without humans. 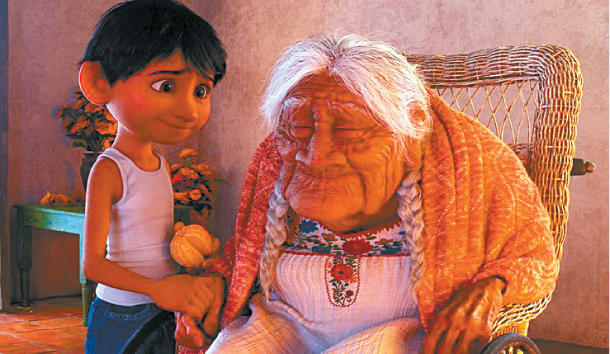 Miguel is a 12-year-old boy who is forced to repress his passion for music because his family forbids it after his great-great grandfather abandoned his wife and daughter.

However, that does not restrain Miguel from going in his own way, and following his musical dreams leads him into thinking that perhaps Mexican music legend Ernesto de la Cruz could be his ancestor. On the Day of the Dead, he sneaks into de la Cruz’s mausoleum to play an old guitar of his, and is suddenly sent to the land of the dead, a colorful and stunning metropolis which leaves him in awe.

Although he only has until sunrise to go back to the land of the living, Miguel is determined to meet his great-great grandfather, and a charming trickster named Hector volunteers as his guide.

The two friends embark on a wonderful and dangerous journey through the land of the dead and learn the value of love and the bonds that tie families together. 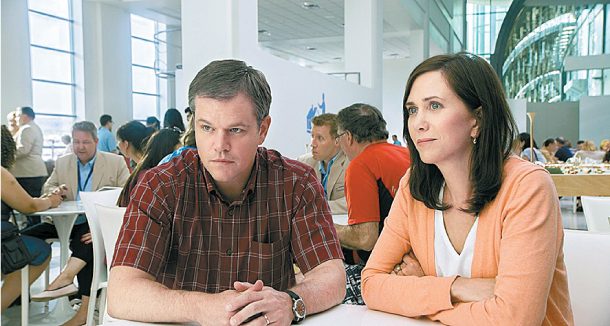 Paul and his wife Audrey have been living in the same house and eating at the same restaurant for 10 years, leading ordinary but boring lives together.

Audrey’s only wish is to move into a bigger house, but she eventually gives up due to financial difficulties.

Meanwhile, the world has progressed in the realms of science and technology to the extent that it presents a sensational solution to resolve the world’s overpopulation problem: downsizing - a technology that can be used to reduce the size of humans to five inches tall, so that people take up less space.

Downsizing becomes popular when people are persuaded that they can live extravagantly in the downsized community, with their current property worth 12 times more in the small world. But after they choose to downsize, they can never return to their original size.