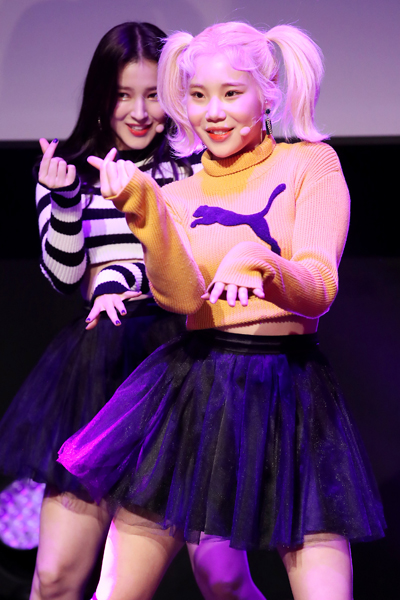 Jooe, 19, of girl group Momoland denied rumors on Friday that she had bullied her classmates in primary and middle school.

The rumors started online before the singer, whose real name is Lee Joo-won, made her debut as a member of the group. Some people claimed that they had been bullied by her and that she had occasionally beaten up her classmates.

Double Kick Company, the singer’s agency, released a statement on Friday that read, “The posts about Jooe on the internet regarding her being a bully at school are not true.” It continues, “Please don’t hurt girls who always try hard to do their best.” The agency warned that it will take legal actions against those who spread groundless rumors.

The group debuted in 2016 with the EP “Welcome to Momoland.” They recently released an EP featuring the song “Bboom Bboom.”