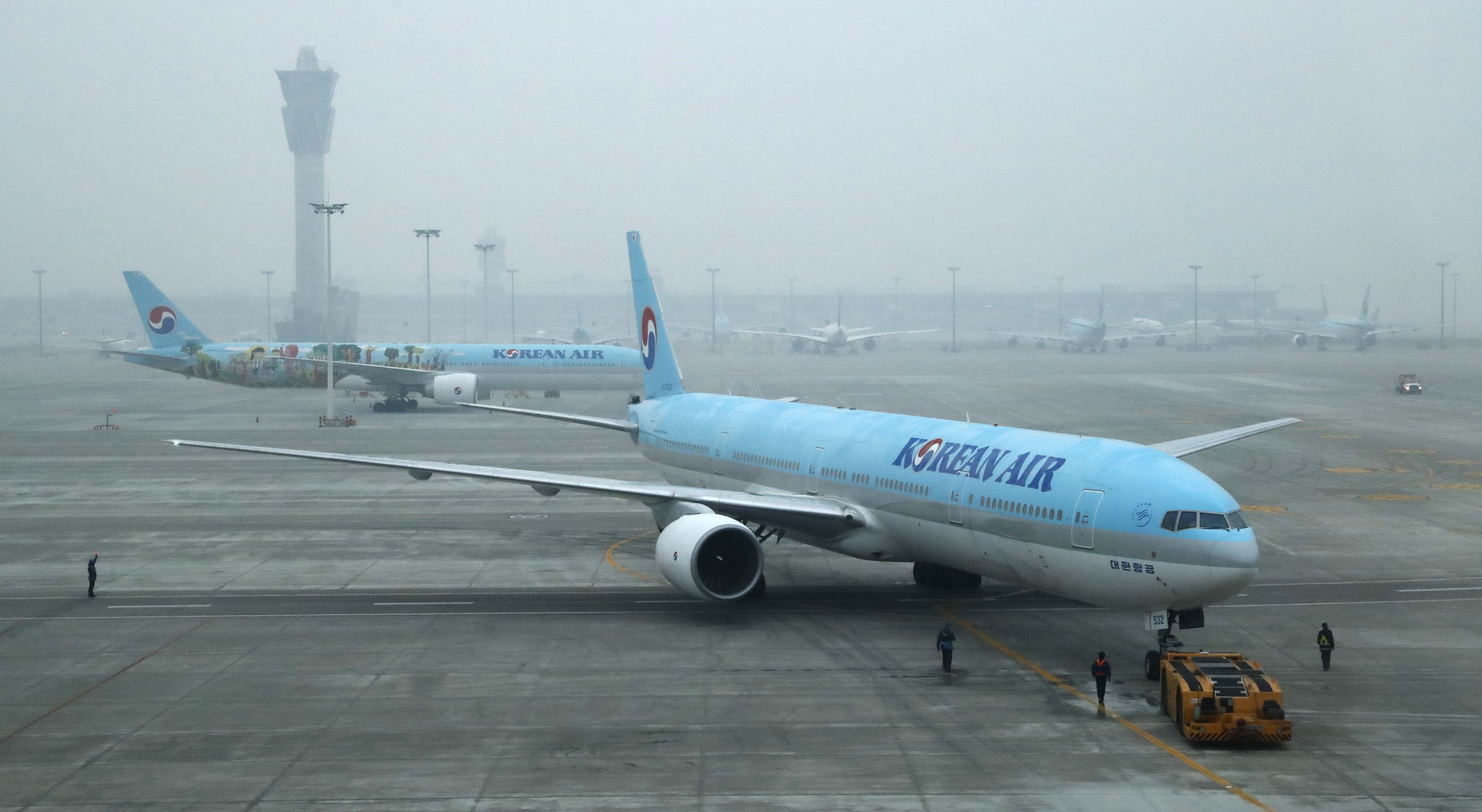 A Korean Air flight bound for Manila departed leaving roughly 1,000 pieces of luggage on the ground Thursday, overshadowing the grand opening of Incheon International Airport’s new terminal, which launched on the same day.

But Korean Air and Incheon International Airport were at odds over who was at fault for the forgotten baggage.

Korean Air flight KE-623 departed from Incheon International Airport Terminal 2 on Thursday at 8:29 p.m. on a three-hour flight, leaving behind about 1,000 pieces of luggage. The flight was delayed by an hour and a half.

“We had an issue with the airport baggage handling system yesterday,” said a Korean Air official, speaking on the condition of anonymity. “The fact that it was the first day of operation didn’t help the situation.”

The airliner official also noted that the company was looking into the matter to find out the exact cause of the mishap.

The baggage that was left behind was later sent to Manila, the airline official said.

But while Korean Air attributed the glitch to the new terminal’s baggage handling system, an official at the Incheon International Airport Corporation said that wasn’t the cause.

“Though we are now reviewing the situation, we understand that the problem didn’t stem from the baggage handling system [run by the airport],” the official told the Korea JoongAng Daily, adding that the trouble was likely to have been caused by Korean Air.

Terminal 2, officially opened on Thursday, will serve passengers on airlines belonging to the SkyTeam alliance: Korean Air, Delta, Air France and KLM. Passengers on all other airlines will continue to use Terminal 1.

The baggage-missing incident has put a damper on the Incheon International Airport Corporation’s efforts to tout the new terminal as having high-tech, user-friendly facilities such as duty free stores. It was even called a “smart airport” by President Moon Jae-in, adding that he has high hopes that the new terminal will lead in premium service during his visit a week ago.

Terminal 2 is built to handle 18 million passengers a year, boosting the airport’s total annual capacity to 72 million. On its opening day, the new terminal handled 230 inbound and outbound flights, according to the airport.