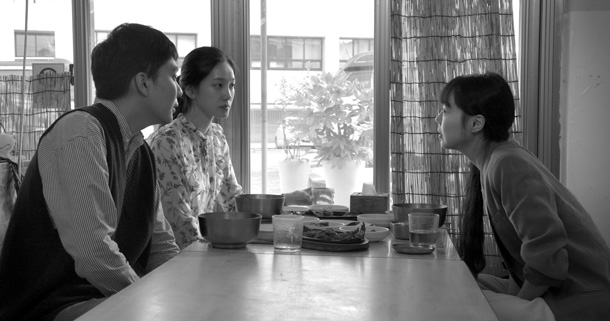 The latest film by prominent Korean director Hong Sang-soo will get its world premiere at the Berlin International Film Festival next month, its overseas distributor Finecut said Friday.

“Grass,” Hong’s 22nd feature, is a black-and-white film delving into the theme of life and death through the story of guests at a small cafe whose owner loves classical music, according to reports. It stars Kim Min-hee and Jung Jin-young. It will be screened in the Forum, a section for cutting-edge indie and experimental films, of the 68th annual Berlin film fest, which runs from March 15-25.

Hong was invited to the Forum section in 1997 for his first feature, “The Day a Pig Fell Into the Well.” His 21st feature “On the Beach at Night Alone” earned its star, Kim Min-hee, Berlin’s best actress Silver Bear award last year.

“Grass” is set to be released in Korea in the second half of this year. Meanwhile, the Korean Cultural Center in Brussels opened a retrospective screening of Hong’s films on Thursday (local time).

Co-hosted by the Royal Belgian Film Archive, which is currently known as Cinematek, the event shows a total of 21 titles, including, “The Day a Pig Fell Into the Well,” “Hahaha,” “Right Now, Wrong Then,” “The Day He Arrives” and “Claire’s Camera."