Even the very best struggle with dieting

Even the very best struggle with dieting 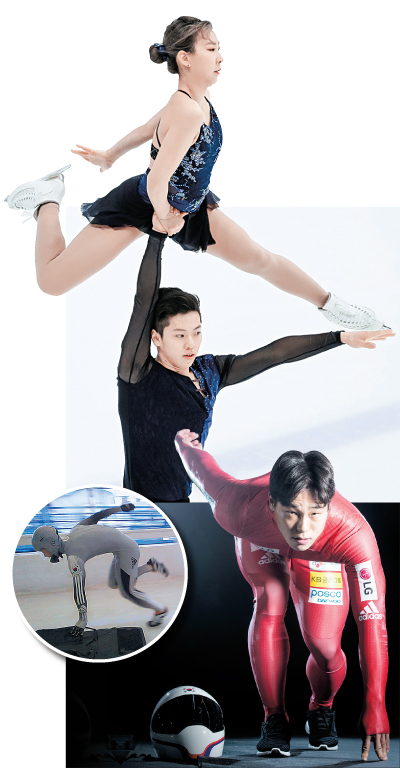 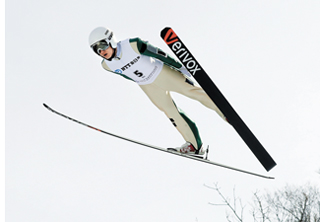 Ski jumper Choi Seou jumps into the air to pass the K-point. [YONHAP]


Success in winter sports is all about staying in shape, but the shape athletes aspire to changes dramatically depending on the sport. Strict dieting plans and intense workout schedules can seriously impact an Olympic athlete’s mental wellbeing.

For ski jumpers and figure skaters, weighing less is an advantage as it reduces pressure on the knees when landing and also allows them to jump higher. But this benefit comes with a sacrifice.

“I couldn’t snack at all between meals and skipped dinner often,” said Korean ski jumper Park Guy-lim. “There were many times I wanted to quit sports because I just wanted to eat.”

At age 19, Park will be the first woman representing Korea to compete at the women’s ski jumping event for the Winter Games and is expected to jump on a 109-meter (358-foot) hill. Park is registered as weighing 57 kilograms (125 pounds) and 1.66 meters tall according to the Korea Ski Association, which leaves her four kilograms heavier than an average female athlete in the sport. In ski jumping, athletes must reach a certain target point - called the kritisch point (K-point) - after they jump and are rewarded extra points for every meter beyond that point, depending on the height of the hill. The lighter a ski jumper is, the farther they can jump. For every 1 kilogram lost, they can travel 2 to 4 meters more, pressuring athletes to shed some more kilograms.

Like ski jumpers, figure skaters are also pressured to maintain a certain weight.

“Jumping is very important in figure skating,” said Kim Kyu-eun who will represent Korea in the figure skating pairs with Alex Kang-chan Kam. “If you are too heavy, you can’t really perfect your jumps. Especially in pairs, because there are a lot of lifting moves where the male skater has to lift the female athlete up, it is better if she is lighter.”

At 1.61 meters tall and weighing 49 kilograms, Kim’s BMI is 18.9, which is not below average. But Kim says her goal is to lose 2 kilograms by the start of the Games.

Olympian Kim Yuna, known as the “figure skating queen,” also had to cope with dieting plans before she retired.

“Breakfast was Korean food, lunch was fruits and salad, while dinner was cereal,” she said. Though she enjoyed eating bread and meat, she was forbidden to eat them as they were considered “bad” for her diet.

“There was no such thing as a late-night snack,” Kim recalled.

But some figure skaters broke down under the pressure to lose weight and will most likely sit out PyeongChang. American figure skater Gracie Gold, who bagged a bronze medal at the 2014 Sochi Olympics, released a statement last October via Team USA that she is “currently in treatment for depression, anxiety, and an eating disorder.”

Sochi Olympic gold medalist Yulia Lipnitskaya, 19, a figure skater from Russia, had to battle against an eating disorder, leading her to retire early.

“Anorexia is a disease of the 21st century,” Lipnitskaya said on the Russian Skating Federation website. “It is quite common. Unfortunately, not everyone is able to cope with it.”

Two-time U.S. Olympian Johnny Weir told Reuters on Jan. 4 that the world of high level sports is “not the most mentally healthy place to live.

“When I go skate and it’s been a little while and I’ve put on weight,” he said, “you can feel every fiber of your knees and ankles reacting to this extra weight.”

On the other hand, bobsleigh, skeleton and luge athletes face the opposite concern. They have to eat eight meals a day with high intensity weight training workouts to gain large amounts of weight.

For bobsleigh, luge or skeleton players, the heavier the athletes are, the faster they can speed down the track.

“The goal is not to simply gain weight,” explained four-time Olympian Kang Kwang-bae, the first Korean to compete in luge, skeleton and bobsleigh and now the sports director for the 2018 PyeongChang Olympics. “Because we have to lose fat and increase muscle mass, our meal plans consist mainly of protein and carbohydrates.”

Korean skeleton racer Yun Sung-bin, who is the most promising athlete to bring home a gold medal, went on a mission to gain weight when he first registered to play in June 2012. Yun won his fourth World Cup gold medal this season on Jan. 6 in Altenberg, Germany.

“I actually found it harder to gain weight than to lose it,” said Yun. “During the time I was trying to bulk up, not an hour went by when I wouldn’t feel full.”

Initially weighing 75 kilograms, Yun stood at 87 kilograms after a year of eating eight meals a day.

“Because there are hardly any bobsled racers in Korea,” explained Sung Bong-ju, a researcher at the Korea Institute of Sport Science (KISS), “we first focused on finding potential players, but all of them had an average physique.”

Among other responsibilities, KISS is in charge of cultivating athletic coaches and amateur sports athletes, and also improving the competence of elite athletes in the Games.

“It was difficult because as soon as we selected an athlete, we had to work on making their body,” added the expert. “In other foreign countries, there are many promising sliding racers, so they are trained to eat a certain diet since they are young, and aren’t as stressed out as our athletes.”

According to an analysis of the dietary plans of winter sports athletes carried out by KISS, the heaviest athlete in both men’s and women’s sports came from bobsleigh, with an average 102.7 kilograms for men and 73.4 kilograms for women.

On average, 45 percent of a man’s weight is made up of muscle, but in the case of professional athletes, that number increases from 55 to 60 percent. Sliding athletes have to eat a lot, but must also do high intensity weight training to increase their muscle mass.

“I gained so much weight that I was restricted entry back to the country one time at the airport,” recounted Won. “My passport picture did not look like me anymore at the time.”