The chimera of unification

The chimera of unification 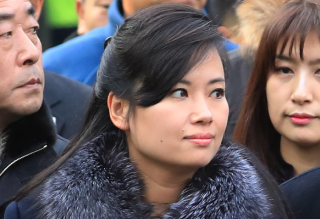 Athletes from the two Koreas will march next month under a single flag, a bright blue representation of the undivided Korean peninsula. And they will march not to the anthem of either country but perhaps to the folk song “Arirang,” which can tug at heartstrings on either side of the Demilitarized Zone.

It’s a curious expression, Demilitarized Zone. The Zone is heavily militarized on both sides of the border. That is what makes last week’s news so poignant. Sixty-eight years after the Korean War ended in an armistice, not peace, the warring sides will make a gesture of unity, not separation.

In Washington, President Donald Trump claims credit. He claims credit for everything good that happens on his watch, and casts blame on others for anything bad. But perhaps he is right this time. Perhaps his broadside of insults and threats against Pyongyang has encouraged the leaders of North and South to ignore Washington and see what they can accomplish on their own.

I wouldn’t expect much movement toward a new era in inter-Korean relations after the curtain comes down on the PyeongChang Winter Olympics. Still, this gesture will live in the hearts and minds of South Koreans — as an inspiration or as a cynical canard.

Will Korea ever be unified? Most likely, yes. History shows that where a shared national consciousness exists, partitioned countries eventually do find their way back together. But it normally takes some external cataclysm, not the mere will of the people.

Poland is perhaps the most dramatic example. The kingdom existed independently for more than seven centuries. But by 1772 it was, in a phrase familiar to Koreans, “a shrimp among whales.” In a series of partitions, the neighboring empires of Russia, Prussia and Austria gobbled up chunks of Poland. By 1795 Poland vanished from the map of Europe.

Yet the idea of Poland persisted. The composer Frederic Chopin, born in Warsaw, lived most of his life in Paris. There was no independent Poland in his lifetime, yet everyone knew that he was Polish.

Formal Polish nonexistence lasted for 123 years, and then Poland was reborn. How did it happen? A cataclysm, World War I. The empires were dismantled and the various national consciousnesses within them were given voice. Poland has endured. Other creations of the post-World War I period — Czechoslovakia, Yugoslavia — have fallen apart.

Korea’s story mirrors Poland’s. Gobbled up by Japan, Korea ceased to exist as a sovereign nation for 35 years until Japan’s collapse at the end of the cataclysm of World War II.

Toward the end of that time I lived and worked in Germany, and I was struck by a generational divide. Older Germans, many of whom had come from the East, or had relatives living there, yearned for the country’s unification.

Younger West Germans were indifferent. I remember one of them telling me, “East Germany is a foreign country, like Hungary or Bulgaria. I hear that it’s boring. I’d rather go to Bulgaria, which has a coast on the Black Sea.”

Then came cataclysm — the collapse of Soviet communism, from 1989 to 1991. Suddenly all Germans lived in the same country.

How will Korean reunification come about? Do South Koreans really want it? They say so, but many of the Korean students I taught when I lived and worked in Seoul were like the young Germans I had known a generation earlier. They paid lip service to the idea, because they had been told from childhood that Koreans pined for unification. But the notion seemed to them too fantastical to occupy much thought.

It is a fond fancy that marching under a single banner at next month’s Olympics might be the first step toward unification. But more likely it will take a cataclysm.

*The author is a former chief editor of the Korea JoongAng Daily.