Benz Korea vows to stay on top for another year

Benz Korea vows to stay on top for another year 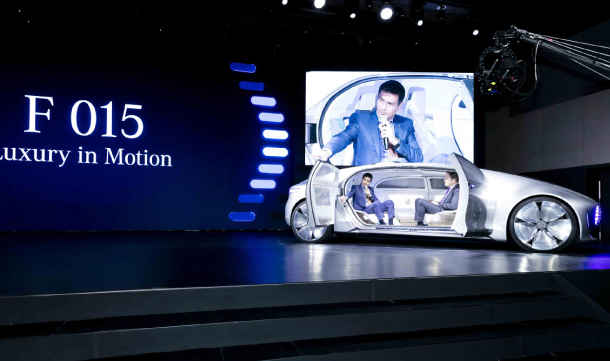 Mercedes-Benz Korea vows to maintain its position as the top of Korea’s import market while upgrading its service network to better cater to its customers.

The Korean affiliate of the German luxury carmaker said at its New Year’s conference Monday that it hopes to sell 70,000 cars this year, slightly more than last year’s goal of 60,000 units.

“We believe we can grow further than 2017 sales, hitting 70,000 units,” said the company’s CEO Dimitris Psillakis Monday. “We will invest in infrastructure such as showrooms and networks,” he added.

Psillakis welcomed competition from Volkswagen and Audi, which resumed sales this year.

“It will give more options to Korean customers and we welcome competition,” he said.

Mercedes-Benz Korea said it will expand its R&D workforce by 20 people.

The automotive company vies to maintain its leading position by launching 9 models this year in Korea, six of which will be updated versions of existing vehicles. It will launch Mercedes-AMG E63 4MATIC in January followed by the new E-Class Cabriolet and new CLS. It will launch two eco-friendly models in Korea for the first time this year.

Under its eco-friendly label EQ, it will launch the C350e and the GLC 350e 4MATIC, plug-in hybrid versions of its popular C-Class sedan and SUV model GLC.

With the launch of its first digital showroom in Cheongdam-dong in southern Seoul last year, Mercedes-Benz Korea will offer what’s called “Sales Touch,” which enables the one-touch purchase of a car, from test driving to transaction, through a single digital platform.

The carmaker, which added 7 service centers last year, said it will soon launch a system called Express Service, which will shorten the time span of regular inspections from the current 60 minutes to 30 minutes.