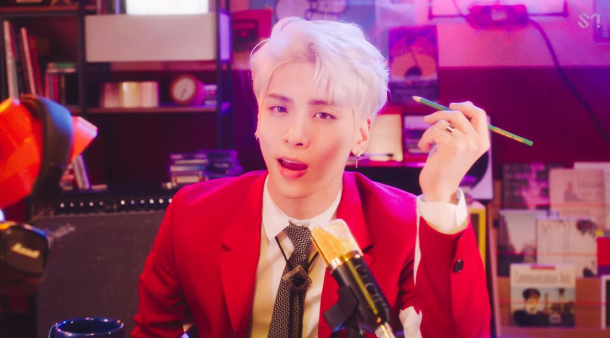 The final work by the late artist Kim Jong-hyun of boy band SHINee was released on Tuesday.

The album, “Poet | Artist,” has 11 tracks across a wide musical spectrum, including the electropop “Shinin’,” the synth-pop “Only One You Need,” the pop ballad “Take The Dive,” and the R&B track “Grease.”

Kim wrote the lyrics for all of the album’s songs except “Take The Dive,” and composed all of the tracks except for “Only One You Need.”

Kim took his own life on Dec. 18 after a long struggle with depression.

“We hope that the thoughts of Jonghyun, who loved music more than anyone else and worked to communicate through music, will be delivered to his fans,” his agency SM Entertainment said, using the late singer’s stage name.

The proceeds of the album will be given to his mother and used to create a foundation for the needy, according to the agency.

The physical album will be available for purchase beginning Wednesday. The music video for “Shinin’” is currently available on the agency’s YouTube channel.