Source: Viktor An barred from Olympics

Source: Viktor An barred from Olympics 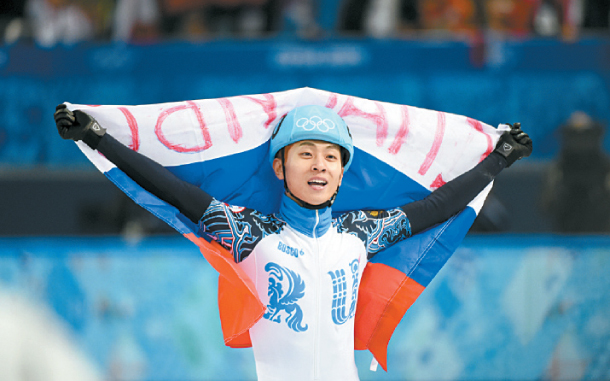 The most decorated Olympian in short-track speed skating may not be able to compete in the upcoming Winter Games.

Viktor An, a Korean-born skater who competes for Russia, did not make the list of “clean” athletes for next month’s PyeongChang Olympics, a source familiar with the matter told Russian wire service TASS Monday.

The source added that two of An’s teammates were also banned.

In a statement last Friday, the International Olympic Committee said it had whittled down the number of “clean” Russian athletes to 389 from the list of 500 whom the Russian Olympic Committee had recommended for the Games.

The country has been barred from competing in the Olympics following revelations of systematic doping, but individual athletes are still allowed to participate without a flag if they pass a drug test administered by an independent task force.

The IOC did not reveal the names of the 111 rejected athletes, nor did it reveal reasons for the ban, making it difficult to verify whether An has indeed been barred from the Olympics.

Until 2011, he competed for South Korea under the name Ahn Hyun-soo, and won three gold medals and one bronze representing the country at the 2006 Turin Games.

After the Games, An’s father reportedly got into a dispute with the vice president of the Korean Skating Union, claiming the coach was not giving An enough attention.

The short-track team was split into two. An was assigned to the women’s coach, and the animosity ran high. In 2011, he left the Korean team and became a naturalized citizen in Russia.

Under his new name, An won Russia’s first medals in speed skating - three gold and one bronze - at the 2014 Sochi Games.